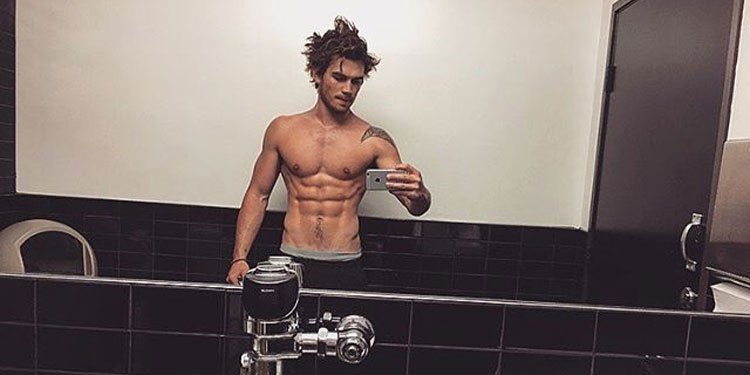 The recent 4-second clip that looked like it was taken straight from a gay-4-pay flick, where even Apa’s expression shows he knows exactly what it all looks like. The constant shirtless selfies. That sweaty boxer look. The time he filmed Casey Cott at the urinal. Or the time he posted a pic of him in bed with another guy.

And now he’s shared a clip of himself reclining in the sun, but fans are questioning just how *excited* tanning gets him after noticing a prominent bulge in his shorts…

You want some help rubbing the cream in?

And in case you missed this one too: Ed Westwick bulges in his long-johns