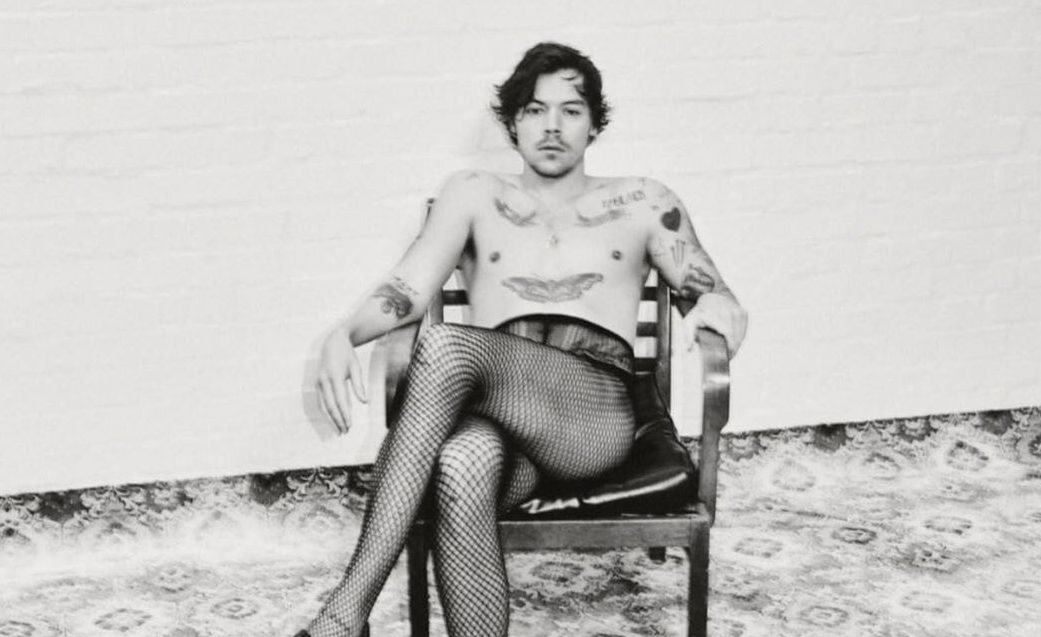 In a shoot for Beauty Papers, a bi-annual British magazine, Styles is seen cross-legged in high-waisted fishnets with his staple loafers.

Other snaps from the shoot depict Styles in a Gucci suit while wearing a face of make-up, looking almost like a fly, fuckable Beetlejuice.

In Styles own words: “What’s feminine and what’s masculine, it’s like there are no lines anymore.” Agreed.

They’re reminiscent of Ezra Miller’s Playboy shoot last year, Brad Pitt’s Rolling Stone shoot (1999) and what Billy Porter might have on under those immaculate ball gowns.