Should Celebrities Boycott Everything Russian? 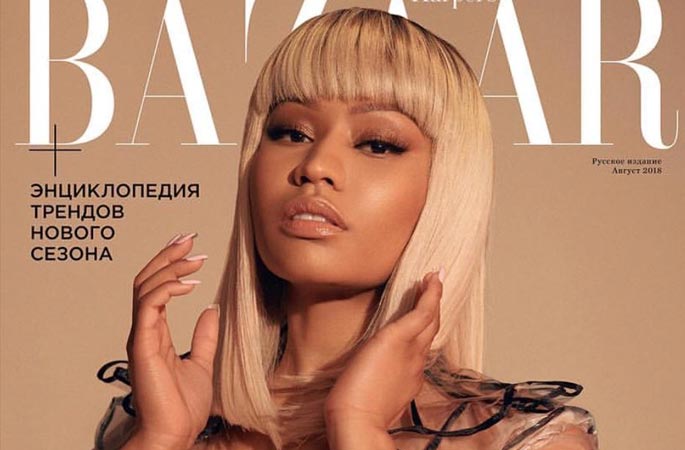 Last week Nicki Minaj was slammed by Queer Eye‘s Jonthan Van Ness, for appearing on the cover of Harper’s Bazaar Russia. In the tweet, he said:

Russia has anti LGBTQIA propaganda laws, Chechnya supported by Russia tortures it’s LGBTQIA citizens, & w your LGBTQ+ fans you can’t even speak to that in this interview bc it’s illegal in Russia, what’s good @NICKIMINAJ , this should’ve been a hard pass. pic.twitter.com/6WqZdXSKKl

Although Nicki’s hive were quick to point out that she is not the first to have posed for the magazine, with stars like Jennifer Lopez (2014), Naomi Campbell (2012), Kate Moss (2011) and Madonna (2013) all gracing the cover.

“Where were you then?” presses one frustrated fan at Van Ness.

Well, perhaps it’s worth pointing out that all of these covers occurred before Russia began brutally torturing and killing LGBT+ people in Chechen concentration camps.

Since the explosion of gay hate has come into the forefront, a number of celebrities have boycotted the country; Cher “immediately” turned down performing at the Olympics, Sir Ian McKellen has declined invites to film festivals, Lady Gaga and Madonna have both spoken out against “gay propaganda” laws, and Stephen Fry called for an entire ban on the Olympic games for the safety of its competitors.

So was Nicki Minaj in the wrong to accept a magazine cover in the face of what Russia stands for?

Well the counter-response seems to be the same: that Russian people do not feel the way the government feels. Which begs the question, what about the LGBTQ+ fans that live in Russia, that have to deal with corrupt rulings and strict laws every day, that want to know they are recognised by profile celebrities?

To take what Lady Gaga had said, “I just think it is absolutely wrong for so many countries to send money and economy in the way of a country that doesn’t support gays,” perfectly demonstrates how boycotting events impacts the country. Every bit of money that is made from tourism contributes to the Russian government, which in-turn allows them to continue to enforce human cruelty laws.

By restricting any money or tourism to the country, the government suffer, and perhaps if enough people do this, they will have no choice but to reconsider its laws. It’s extremely sad that Russian LGBT+ people get caught in this crossfire, but I think it’s important to look at the bigger picture, for a bigger change.

But Nicki Minaj didn’t perform a concert, and nor did she support an event, but she did encourage millions of her followers to buy a magazine with her face on the front, with money that pays taxes to the Russian government. There’s also the smaller element of fashion tourism; where that by seeing Nicki Minaj on a fashion magazine produced in Russia somehow increases the countries credentials.

So where do we draw the line? And has Nicki already crossed it?

Jonathan Van-Ness Comes Out as HIV-Positive