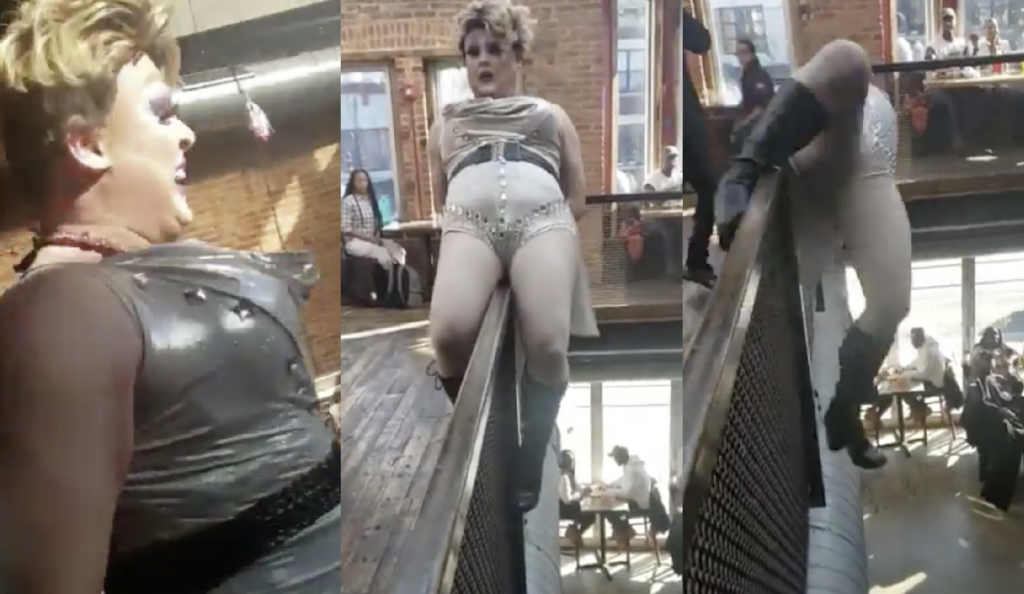 If you thought you’d had you’d share of gasp-worthy drag moments this year, you’ve got another think coming!

Watching that London queen shove an older customer last month is actually a total minor compared to this.

During a drag brunch at Red Rocks (Washington D.C), onlookers were almost given a heart attack as the queen fell over a second-story banister during her performance.

Geneva Confection split her legs over the banister, before then laying down on it, as a patron can be heard discouraging her. She then falls over, igniting gasp and shrieks from the entire crowd. Rightly so chile, my hands were sweating just watching it.

Dying to know what happened?

Thankfully, Geneva managed to catch herself by holding onto the banister, as is revealed in another clip posted to Twitter:

Thank God she’s OK everyone! Spoke to her & she’s getting ready for an encore next week! ? @GenevaConfecti1 pic.twitter.com/7XN5bSHibW

Management were clearly flocked around to make sure they didn’t have a lawsuit on their hands. And Geneva jumped backed over the balcony just in time for the end of the song, which was Lizzo’s Good As Hell.

Baby, how you doing? Shook as hell.

Geneva told Queerty: “I’d be lying if I said I haven’t jumped on the banister before. It’s a trick that generally freaks people out and I’ve been able to control before but yesterday things didn’t go as planned.”