Rapper and Love And Hip-Hop star Christopher Milan strips to his underwear for December’s issue of Attitude while talking about the struggle for gay rappers trying to make it in the industry.

Milan wore revealing white briefs with the word ‘HUNG’ on the waistband. Though that’s still hella more than his frontal PAPER magazine shoot. 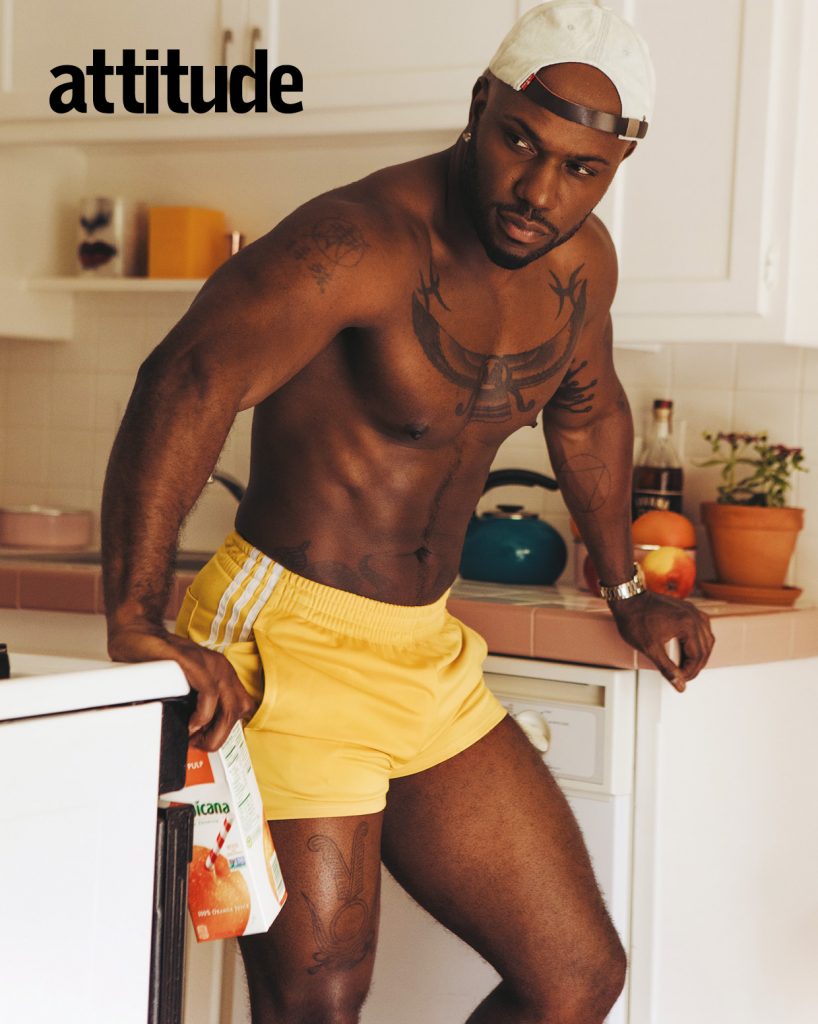 Christopher, who posted a series of tweets concerning his mental health and sexuality explains how the industry’s homophobia contributed:

“And in that moment when I sent that tweet saying: ‘I wish I was straight’. it was because I know I am talented, and I know I wouldn’t have to go through this pushback if I was straight. A lot of these places are run by people who are extremely homophobic.”