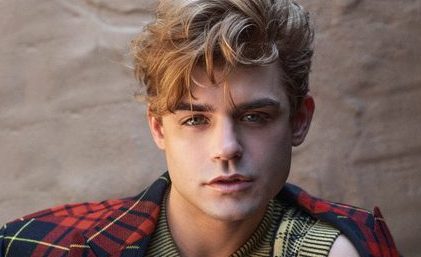 As the debate about whether it’s OK for straight people to play gay roles continues, Garrett Clayton speaks to the Gay Times on the issue, as a gay actor in Hollywood.

While celebs like Russell Tovey and Cate Blanchett have come forward in defense of heterosexual actors (as we too have), Clayton explains it in a way that demonstrates the importance of opportunity:

“I’ve had trouble getting into rooms because people say, ‘Oh he’s not masculine enough’, but they’ll have a masculine straight man going in to play a feminine gay character. They’ll give him the chance, but they won’t give us the chance.

So I think the whole point LGBTQ people are trying to make – and what I think people aren’t grasping – is that once the playing field is even, and we get the chance to go up for any type of role we want, then it’s fine, we can all play different parts. But until we’re all represented, and we get equal opportunity, that conversation isn’t gonna be started.”

Fair points! But with homophobia so deeply embedded in Hollywood, it could be decades before we’re even close to equal opportunity. So perhaps we should be kicking up a fuss about straights stealing roles until then… what do you think?