GAG! Christina Aguilera is “Down” to Duet with Britney 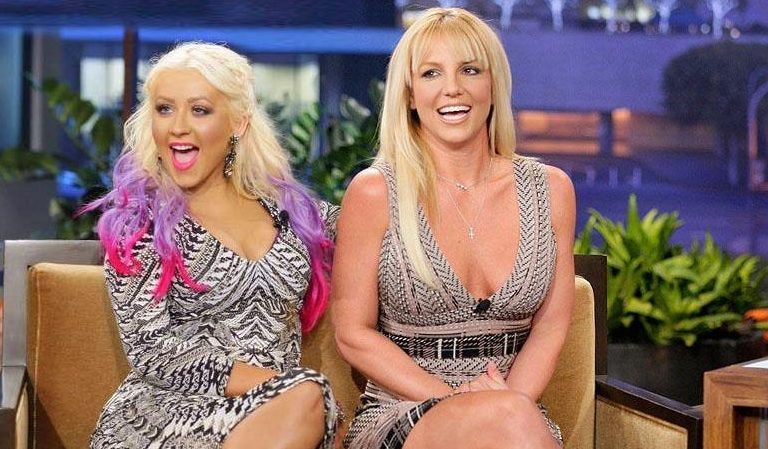 They’ve long been pitted against each other in the world of pop, but could Christina Aguilera and Britney Spears be working together for the first time since that MTV Awards performance of Like A Virgin?

The pop princesses last worked together as part of a controversial rendition of the Madonna classic, with the Queen of Pop herself; where they both lezzed up with ol’ Madge, giving her a smooch on the lips, making front page news across the world.

Last week, Xtina stopped by the Jimmy Kimmel show, and while chatting about social media, she expressed how she thinks it can benefit artists by allowing them to squash rumoured “rivalry” with other artists.

On Britney she said: “If we’d have had social media back then, we’d probably have done a song together or something…”

“It’s probably not too late for that,” Kimmel suggests.

See the full Britney-segment of the interview below: