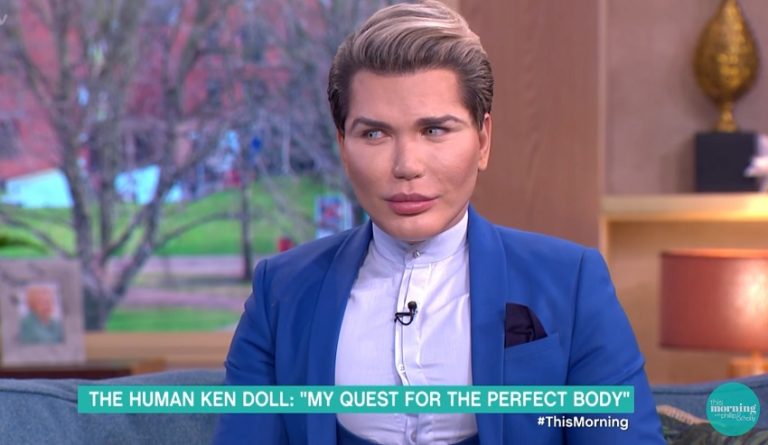 Rodrigo Alves – also known as the Human Ken Doll (or, one of them) – has been talking (well, trying to) to This Morning about his copious surgeries again. Alves now claims that expensive obsessed with plastic surgery has left him unable to breath properly. Nearly there, then.

Alves claims that cosmetic surgery has a ‘domino effect’, after eight rhinoplasties, he’s recently had a piece of cartilage taken from his ribs to aid reconstructing his nose, which he claims “helped, but I still can’t breathe 100%”. Hmm, well the Ken Doll doesn’t weeze like Dot Cotton, babe. But Alves insists that he isn’t addicted to plastic surgery. We’re sure it’s just a ‘habit’ like cocaine or gambling.

“It’s constant maintenance” he claims. But what exactly are you maintaining? “I don’t encourage [people] to do what I did. What I do encourage is for people to better themselves, better themselves by going to the gym and also aspiring to be the best thing possible.” Wait, you mean plastic muscles aren’t an effective way to bulk up?! 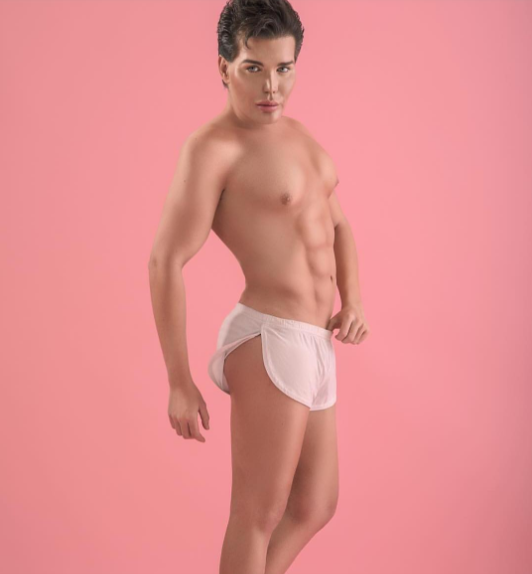 Although Alves has spent more than your house ($400,000) on surgery and probably needs an oxygen mask to make it down the corner shop, he claims that he’s happy. ”

“It’s a totally different person,” he said. “I would say that today my soul matches to my body. I will always say I was born in the wrong body. I was very unhappy, I was very depressed being like that.

Thanks to plastic surgery, I became the man I am today and I regard myself as a very successful person, and very happy as well – not only physically but mentally and spiritually as well.” Listen girl, as long as you’re happy and didn’t use tax-payers money to get there, that’s all that matters.

Here’s a pic of him with the other human ken doll and Frenchy Montana. That pool party looks like Madame Tussauds. 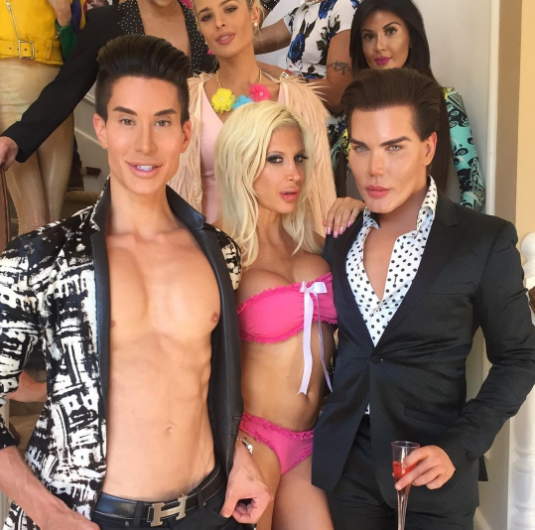 Man’s largest penis in the world shocks ‘This Morning’ hosts