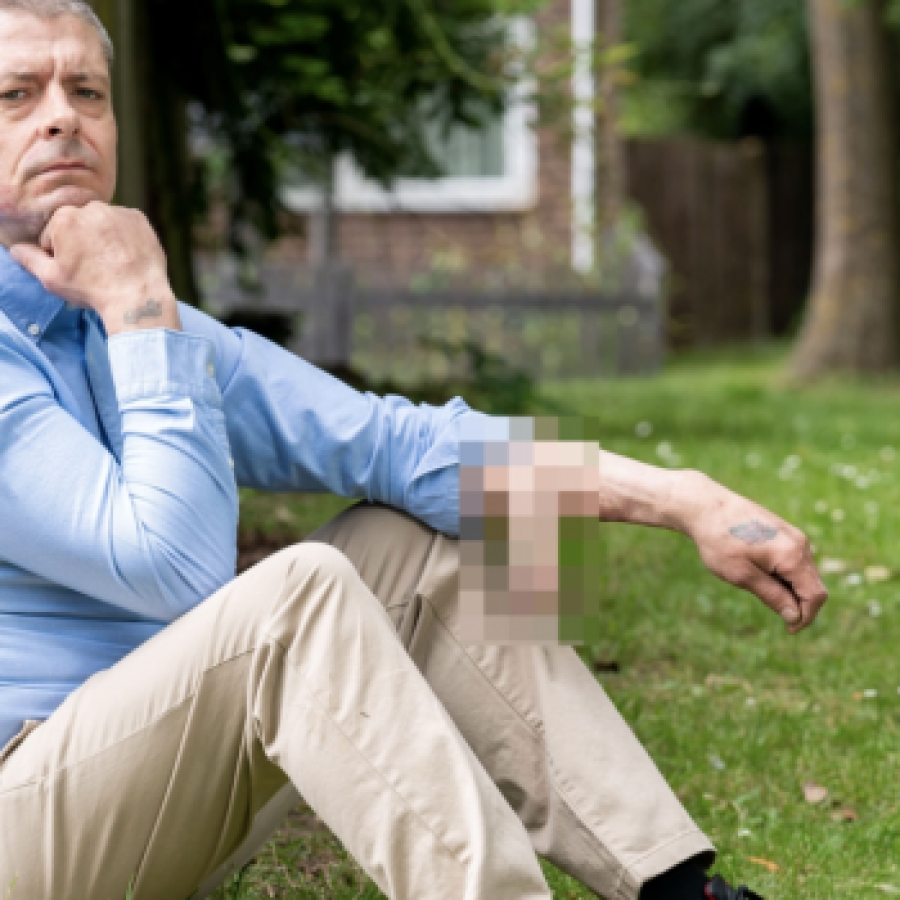 Public boners can be embarrassing at the best of times, but imagine if the erection was popping up from your forearm.

That’s what 45-year-old Malcolm MacDonald may be dealing with after losing his own to a blood infection and having a new one built onto his arm by the NHS.

MacDonald from Norfolk, UK, endured a long-term perineum infection which saw his penis turn black before falling off completely in 2014.

According to his interview with The Sun, the father-of-two picked his knob up off the floor and threw it in the bin, when the day came.

“I was beside myself. It was like a horror film. I was in a complete panic.”

Malcolm, who is separated from the mother of his children, hit the bottle as way to cope with his “life falling apart”.

Eventually, his doctor referred him to Professor David Ralph, an expert in phallus construction at London’s University College Hospital.

Doctors used skin grafts from his butt and forearm to construct the new penis, and have even added an extra two inches to his piece. It then took two years to grow fully onto his arm.

When he saw it on his arm for the first Malcolm said he was “proud”.

“After everything I had been through it didn’t feel weird at all – it was just a part of me. I was like any other man, I just couldn’t leave it alone to begin with. I thought it was the best thing ever.”

And so he’s named it Jimmy.

Since then, scheduling mix-ups and transport issues, followed by lack of staff and PPE during COVID-19, meant the surgery has been significantly postponed. But he hopes to have it properly grafted by the end of the year.