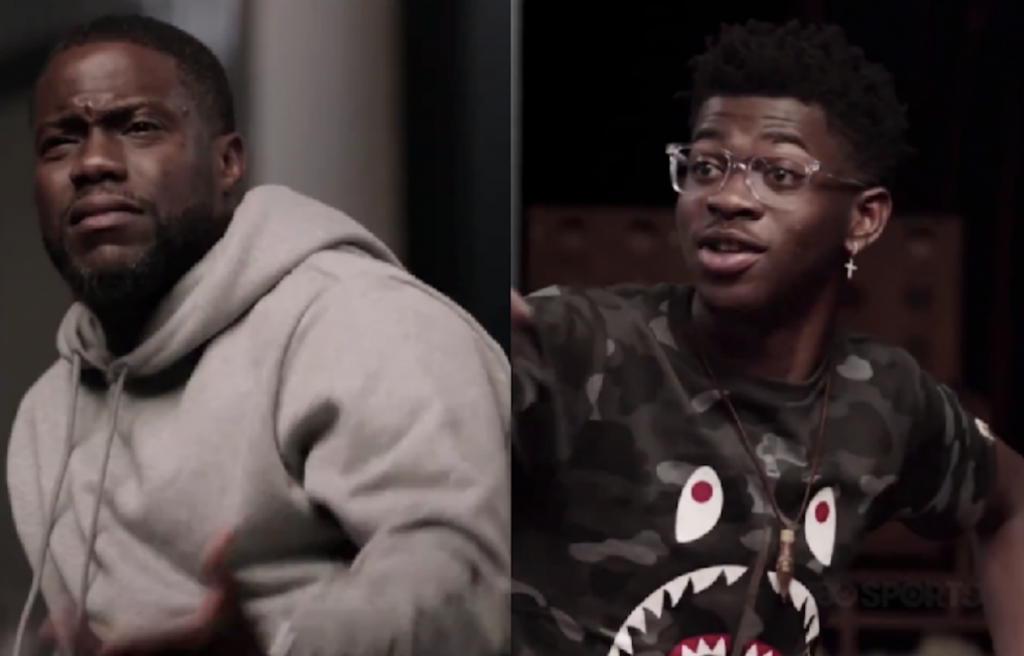 Kevin Hart – the comedian who lost his Oscars gig for his homophobic jokes – sat down with Lil’ Nas X – the gay rapper who produced the biggest hit of the year, in an episode of HBO’s The Shop: Uninterrupted. The unfiltered panel-like discussion also featured some other big names in sport and entertainment.

Paul Rivera then speaks to Nas X about an “announcement” he made this year, and which point Hart interrupts.

“He said he was gay, so what?!” exclaims Hart, in a bid to cast aside his coming out; probably in an attempt to demonstrate his “wokeness” by suggesting that one’s sexuality doesn’t matter. And it doesn’t… when you’re straight.

By asking “so what?” Hart insinuates that it isn’t a big deal for a black rapper to come out of the closet, and furthermore that he has no idea why this would be a struggle. Which is ironic, seen as Hart’s homophobic jokes demonstrate exactly the reason why; black fathers threatening to beat their gay son’s with dollhouses. In fact, homophobia within the black community is exactly how Hart made money, so how did he suddenly forget?

As the conversation continues, and Nas X explains, “Growing up, like, I’m growing up to hate that shit,” Hart injects and asks “what? Hate what?” and when Lil Nas X responds about his sexuality, Hart asks “why?!”

Again, as if his jokes weren’t rooted in homophobia and violence. Which, as OUT puts: “is gaslighting at its finest”.

Lil Nas continues: “For me, the cool dude with this song, on top of everything to say this any other time, [it could be seen as] I’m doing this for attention, in my eyes. But if you doing this while you’re at the top, you know it’s for real and it’s showing it doesn’t really matter, I guess.”