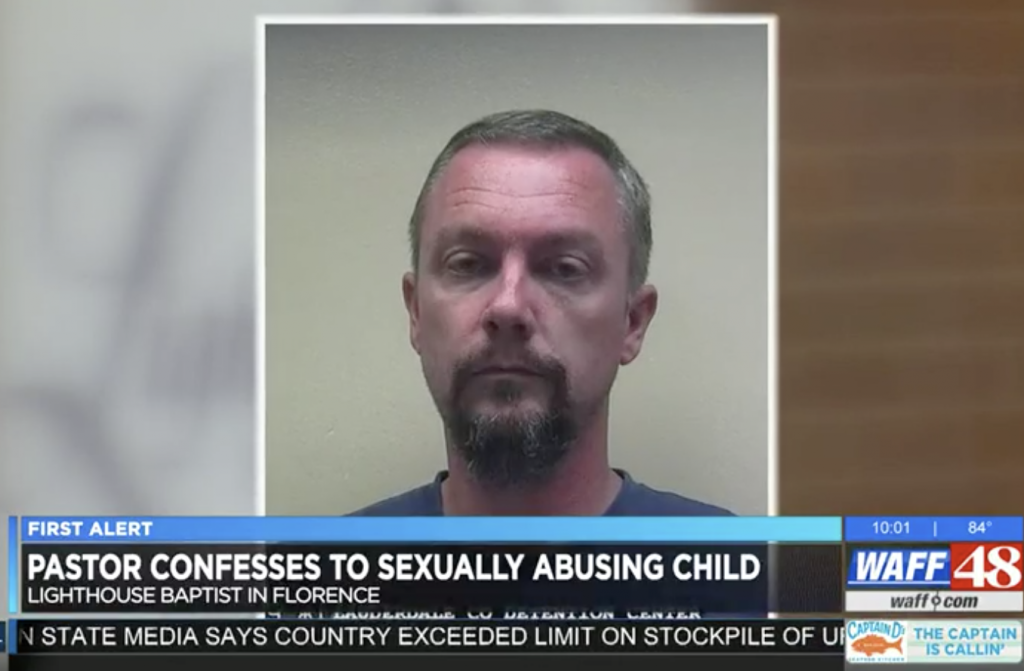 Pastor John Martin, of the Lighthouse Baptist Church in Florence, Alabama, has been arrested for sex crimes with underage boys after confessing his sins to his congregation.

Church-goers were left shocked when the Bible teachings turned into a tell-all, as Pastor Martin and father of four, allegedly used the pulpit to spill his sins; which include abusing at least four boys. Though police suspect there is more in other states.

Clearly, the Body of Christ, wasn’t the one he was after.

Martin swiftly resigned after his revelation and was arrested on Friday after members of the church informed a local family justice centre, who the called the police. Why they didn’t call them directly, we’ve no idea.

“We believe that God has commanded that no intimate sexual activity be engaged in outside of a marriage between a man and a woman. We believe that any form of homosexuality, lesbianism, bisexuality, bestiality, incest, fornication, adultery, and pornography are sinful perversions of God’s gift of sex. We believe that God disapproves of and forbids any attempt to alter one’s gender by surgery or appearance.”

But clearly, they don’t have great judgment skills.

One attendee said: “You wouldn’t expect it of a church. That’s the last place you’d expect it,” and evidently, this quote comes from a witness has never read a newspaper in their life, ever. Like, DUH, that’s why priesthood is the perfect cover.

I mean, fuck, Alabama, y’all out here taking away women’s body rights while hebephiles fester in the community. Priorities.