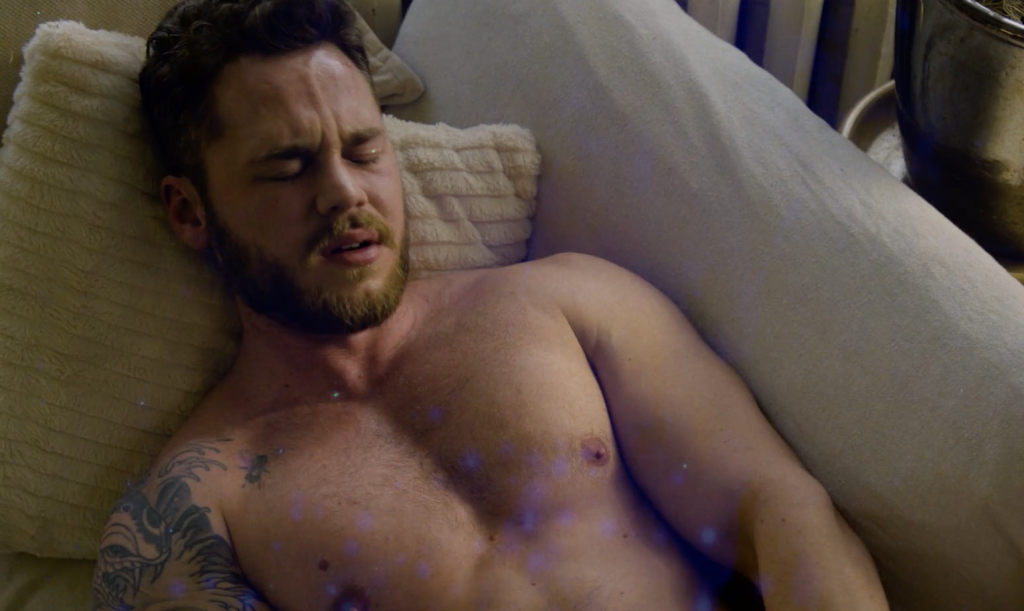 *This is an exclusive, other sites should credit C&C as a source for this story

“I feel like it’s important as gay men that we exercise our right to want to have sex, to make content with it, and profit off it. It’s sort of a revolutionary act,” says Instagram star and prolific OnlyFans user Matthew Camp.

Which is exactly what h’s doing as he partakes in Men.com‘s sex docu-series, a three-part anthology, Camp Chaos, which just launched at Out film festival in Toronto. Camp Chaos explores Matt’s formative sexual memories, which he’ll “recreate in explicit detail with a new partner”; ones that were hand-selected from around the US – and not fellow adult performers.

While the film explores sexual encounters and how they took place before social media and technological evolutions, the film itself also acts as a time capsule, capturing our relationship with sex at this moment.

The American premiere will be at Frameline International LBGT Film Festival in San Francisco on June 28th, 2019. While the first episode (a different episode from the one screening at festivals) will be available to publicly stream on MEN.COM June 28th.

What in the sex technology hell?