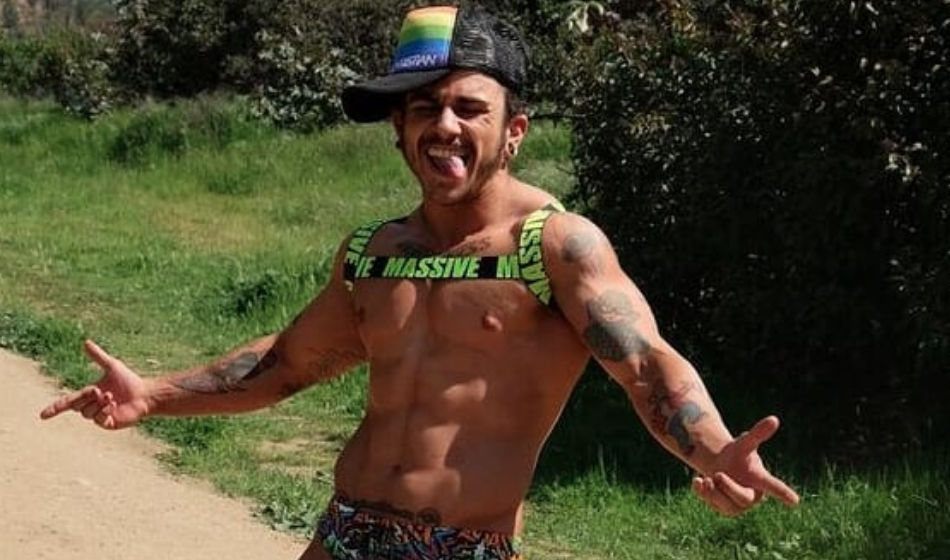 As part of their Pride campaign, underwear company Andrew Christian have demonstrated their inclusivity, in naming Jesse Diamond as a face of the brand.

Jesse Diamond is the first female to male trans person to work for them, and he says it was “a dream come true for me” to become an underwear model, after aspiring to be like Mark Walhberg.

single Diamond defines his sexuality as ‘demi-sexual, queer’. He tells GSN: ‘Most women seem to think I’m really gay, but I’m like, “No, I’m queer, so it’s like I’m not totally gay,” so I don’t know. Most people seem to think I’m only interested in men.’

Words can not describe how honored I am to be the first trans Andrew Christian ambassador and A.C. trophyboy ? Being an underwear model has been my dream for over 5 years now. The fact that not only is my dream coming true, but that I'm also doing my part to help create visibility for the trans community…. there are no words; I'm shook! I can't wait until the official pride video comes out! ?⚧❤ . . . . . . . . #strongertogether #andrewchristian #actrophyboy #trophyboy #pride #trans #transgender #transman #transguy #transisbeautiful #ftm #lgbtq #lgbtqia #love #no8 #lovewins #gaypride #underwear #model #underwearmodel #malemodel #fitnessmodel #fitness #bodybuilding #browneyes #rainbow #colorful #smile #happy #california

And just LOOK at that transformation:

2013 vs 2018 In the past 5 years since I started lifting, I've been able to increase my strength levels and muscular density. Yeah, muscles and heavy lifting are cool I guess; but the self confidence I've gained (and am still gaining) in the gym is definitely best part of this journey. If you're ready to transform your body and transform your life, email me at [email protected] (link in bio) for coaching rates ? . . . . . . . . . #transformationtuesday #transformation #transformationspecialist #fatloss #gains #confidence #bodypositive #selfcare #selflove #health #wellness #nutrition #diet #exercise #fit #fitness #bodybuilding #lift #fitnessmotivation #iifym #flexibledieting #trans #transgender #transman #ftm #transisbeautiful #andrewchristian #actrophyboy #trophyboy

Andrew Christian says: “The political environment in the United States has become very dark and divisive toward the LGBTQ community so it is extremely important that we all stick together and support each other in every way possible.

“We are so happy that we now have Jesse as part of our team.”

Happy Pride from Andrew Christian and the Trophy Boys! How are you celebrating your pride this year? Welcome our first FTM trans brand ambassador @jessediamondfitness