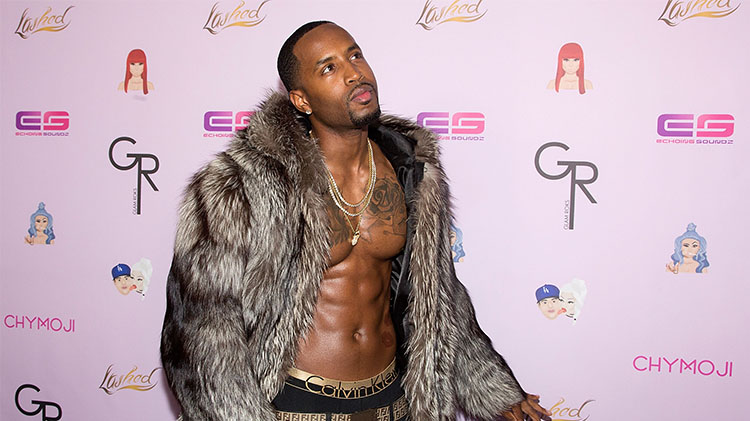 Rapper Safaree may have caught your eye in reality drama Love & Hip-Hop, but we’re guessing his latest role will leave them watering. Following his co-star Milan Christopher’s attempt to break the internet, by going full-frontal for Paper Magazine, Safaree has had his sex tape leaked… And Twitter are gagging for it.

Literallly, gagging (by just looking at the footage).

Nicki Minaj’s ex has previously come under fire from rap fans who claim he’s ‘corny’. Well that explains the corn on the cob he keeps in his pants.

We’ve compiled some of the best reactions below, although if you’d like to form your own reaction, here’s the actual video…

Me thinking #Safaree was trending because he did something funny only to look & find out that man is not playing games ?? pic.twitter.com/bJLvZKK5dC

After one night with safaree #safaree pic.twitter.com/ZmTE0xlECk

On the way to the airport to find #Safaree pic.twitter.com/KDA3bZKeGH