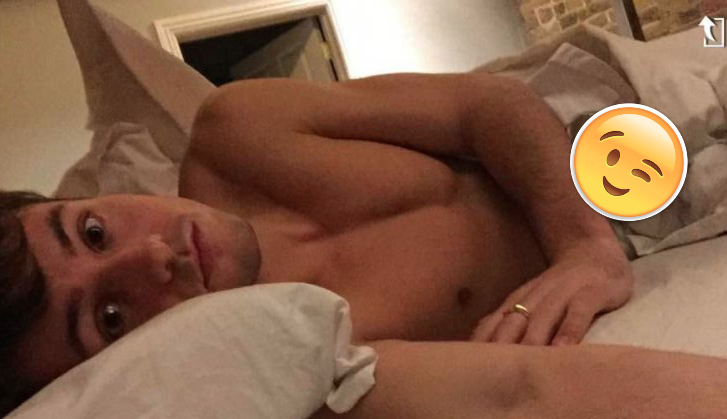 It was unsure whether the images were even real to begin with, (or just a calculated PR stunt), but it seems after months of waiting, Tumblr has finally unearthed the frontal snaps from Tom Daley’s sexting scandal last year.

Daley, who was said to be on a break from his fiancé Dustin at the time, managed to swerve the dick pic leak, despite UK tabloids running the story – with just footage of the Olympic diver rubbing his bulge. Months later a image of Daley on all fours hit the internet, before Daley admitted he was horrified.

Clearly having a sex tape out leads to running a media gauntlet.

So it might seem unsurprising that another image has emerged claiming to be from that sext session. But yet, here we are, surprised! The snap popped up on a Tumblr site which ‘claims to have had it ‘for a while’.

The Tumblr site writes: “Okay, we refuse to post fakes and always have. We have had these pictures for a while and have tried and tried to verify them, We think they are genuine, but cant guarantee it. Does seem to be authentic and uncut and about the size we expected from bulge in his shorts. So, make your own mind up boys.”

Well, guess we’ll just have to wait for the video version (which, if the internet is anything to go by, will be out around late April). Until, the NSFW image is here.