Thought of the Day: Are “Friendship Marriages” A Future Relationship Status? 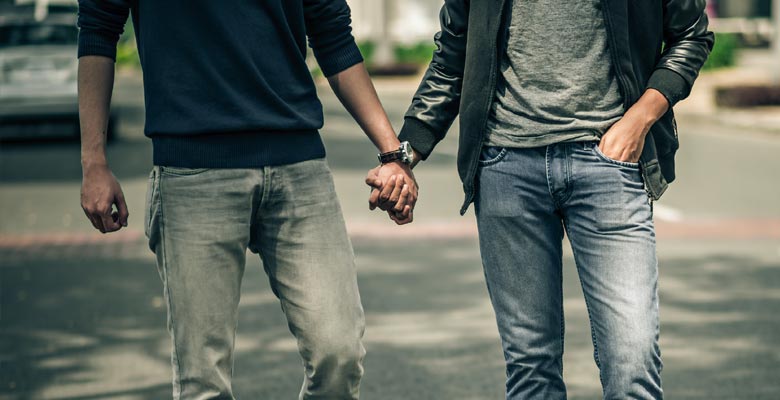 It’s come to my conclusion recently that it’s not particularly uncommon for older gay couples to stop having sex. Well, with each other anyway. Of course, they have no problem getting it up for one-off sexual encounters with a third (fourth, fifth or sixth…) party. Yes, it goes without saying that many of these couples are in an open-relationship; and you may think that as boredom sets in, it’s better to be honest with each other, rather than cheating. Perhaps, it is – but are there repercussions of moving on from monogamy?

Maybe they were once in a loving – and sexual – relationship that has since lost it’s spark; their attraction for one another taking a nose-dive along with their bodies and the unpreventable pull of gravity. But if you’re welcoming younger models with perkier butts and bigger dicks with open arms and open legs, isn’t it inevitable that one day you and your partner will stop lusting after one another altogether? With a number of couples, this does seem to be the case.

My question is, what’s the point? Not, what’s the point of being together at all, because they still love each other as people, appreciate the companionship, and nobody wants to end up alone. But when it’s so difficult to fall in love in the first place, is it worth all the agg of even trying if this is the outcome?

Why don’t we just skip all of that shit, and just marry people we like already? Like our best friend. It would certainly be easier, that’s for sure. Then we’d be guaranteed the everlasting friendship and company, while keeping the sanctity of ‘monogamy’, as the chances of them running off to get married to another friend remain relatively slim – and there’s certainly no jealous or hard feelings between what goes on sexually with other boys.

Our world is rapidly developing, and realistically the concept isn’t exactly a giant stretch – in fact, I’d wager that there are people already doing it.