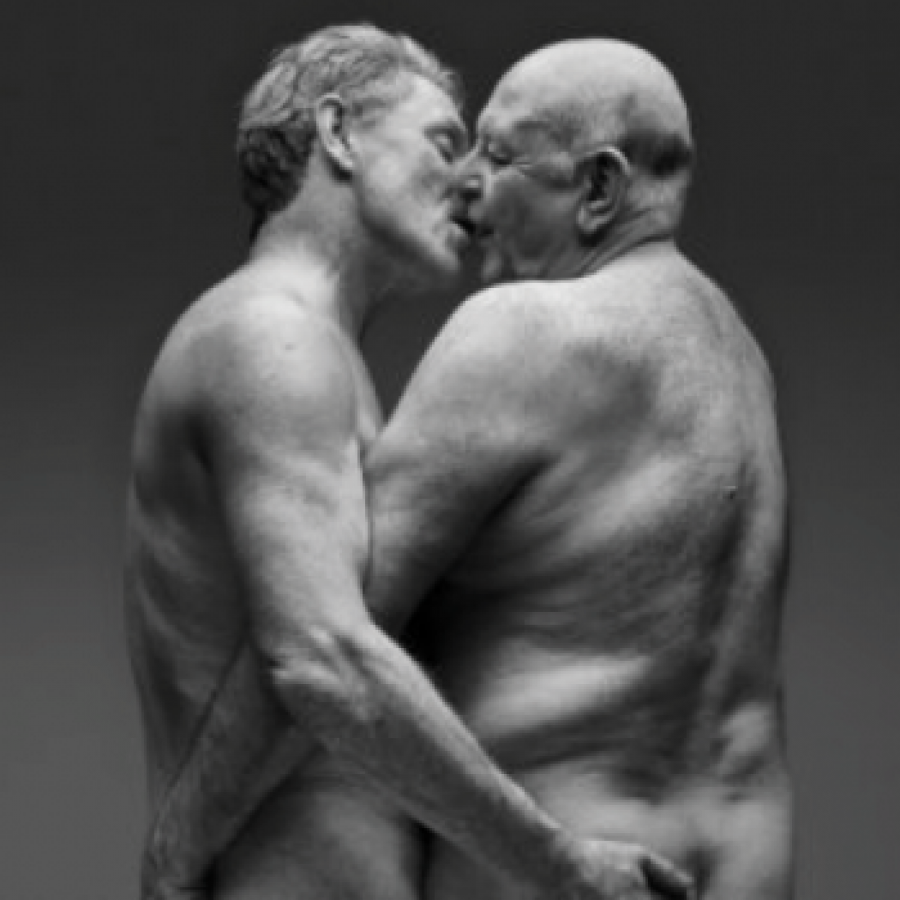 Andrew and Mark (pictured locking lips above) are just one of the older couples baring all in a new UK-based advertising campaign called Let’s Talk The Joy of Later Life Sex, celebrating the joys and importance of sex in the golden years of life.

Spoiler alert – sex doesn’t actually stop at 32 when you notice your six-pack has unexpectedly whittled itself down to a measly four and our greys eventually win the fight against our bath bleach jobs. In fact, according to long-term gay couple Andrew and Mark (we’ll call them ‘Mandrew’; we like that for them) – as well as a few straight couples thrown in for good measure *cute* – “it’s time to break that taboo” once and for all.

Older gays fuck. In fact, we know at least two or three who can fuck you into oblivion.

The campaign features an eye-opening video with various older couples and individuals talking about the importance of sexual intimacy in long-standing relationships and in later years. Gay lovebirds Mandrew – who quite literally bare all in the ad – are both in their 60s and have been together for 31 years.

So long-standing gay relationships aren’t an urbvan legend, it appears. In fact, Andrew’s and Mark’s relationship is sweeter and steamier than ever.

“We’ll lie in bed, and we both love reading in bed,” says Andrew. (If it’s Cocktails & Cocktalk – cooee!)

Andrew adds their “feet would be touching and it’s moments like that, that are important to you. As much as, you know, banging each other’s brains out – to put it crudely.”