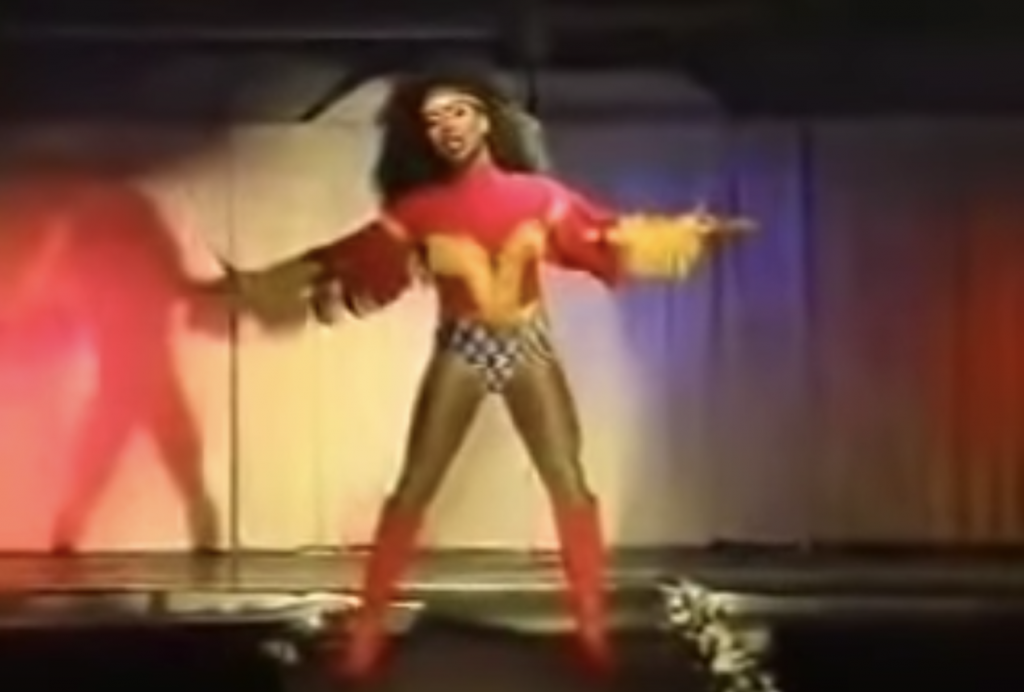 I’d been binging gag-worthy Drag Race moments when I was compelled to look at the talent outside of Ru Paul’s universe of queens, a simple “best drag performance ever” search brought up this video, and rightly so. Therefore there is a good chance you’re already one of the 1.4 million that have already viewed it, but does it ever really get old?

Tandi Iman Dupree was an American drag queen, who became best known for this performance of Holding Out for a Hero, which was recorded at the Miss Gay Black America contest in 2001. If you haven’t seen this before, you’re in for a treat: not only is Dupree impressive in her stamina to dance at such a high energy-level for over 4 minutes non-stop, but there’s a number of stunts that would make the likes of Plastique Tiara quiver.

Dupree sadly died four years after this epic performance due to complications with AIDS. But undoubtedly, her legacy as a performer lives on. Even GLEE’s rendition was inspired by this with one bitch doing the splits and the other wearing a superwoman costume; still just as underwhelming as you’d expect though.

Did “The Wheelchair Kid” From ‘Glee’ Just Come Out…?