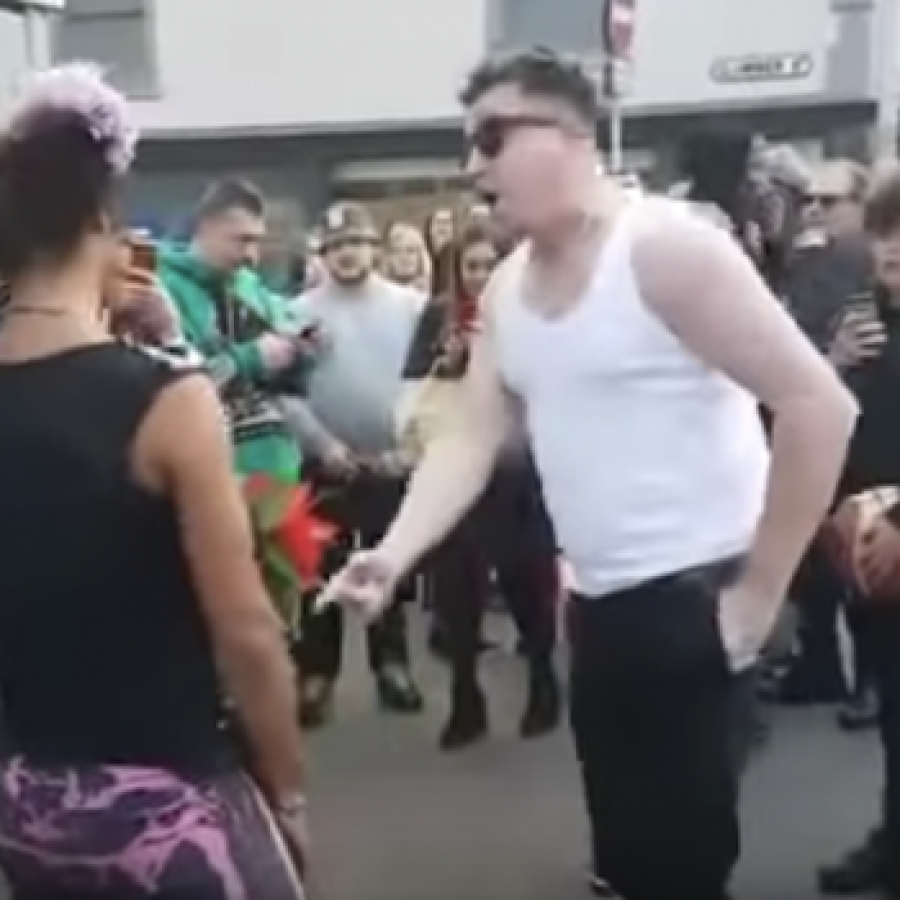 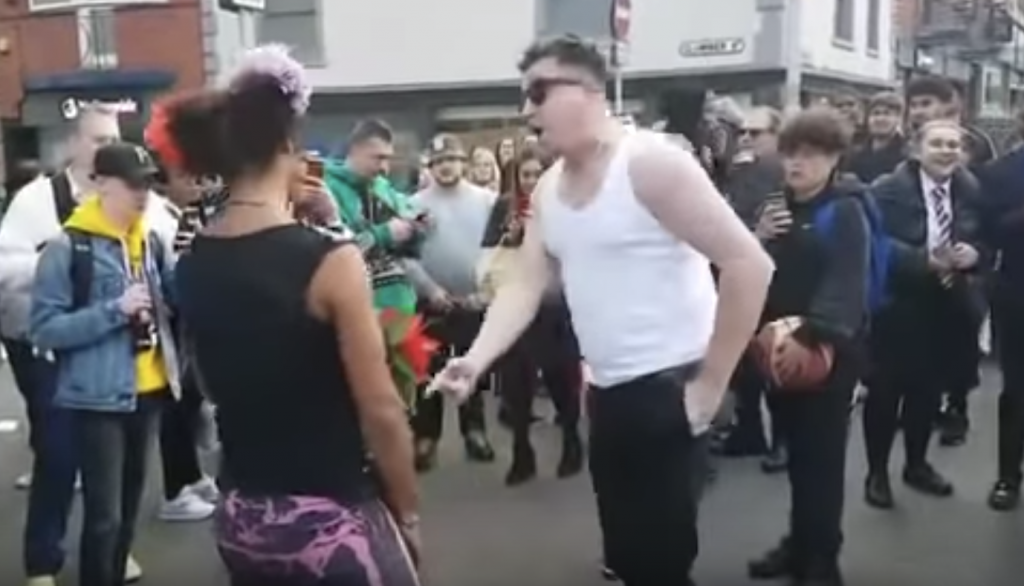 The Disco Bunny is a Brighton-based street performer, who aims to entertain people through song, dance and his eccentric dress sense.

The incident becomes such when a passerby demands to know if Disco Bunny is sexually interested in men or women. Disco Bunny doesn’t answer the question but does mention that he has two children.

While the man continues to yell “nonse” and other baseless claims, Disco Bunny remains wildly calm. And although the footage is filled with plenty of hate, there’s also a lot of love too; as the growing crowd defend the performer.

When one woman asks how being gay makes him a paedophile, the gipsy replies: “‘Cause gay men will fuck little boys”. Lawd. This really be what happens when you grow up with a caravan education.

And here’s a video of the Disco Bunny making people smile: