Adam Levine’s Torso was Fire… (*His Performance was Not) 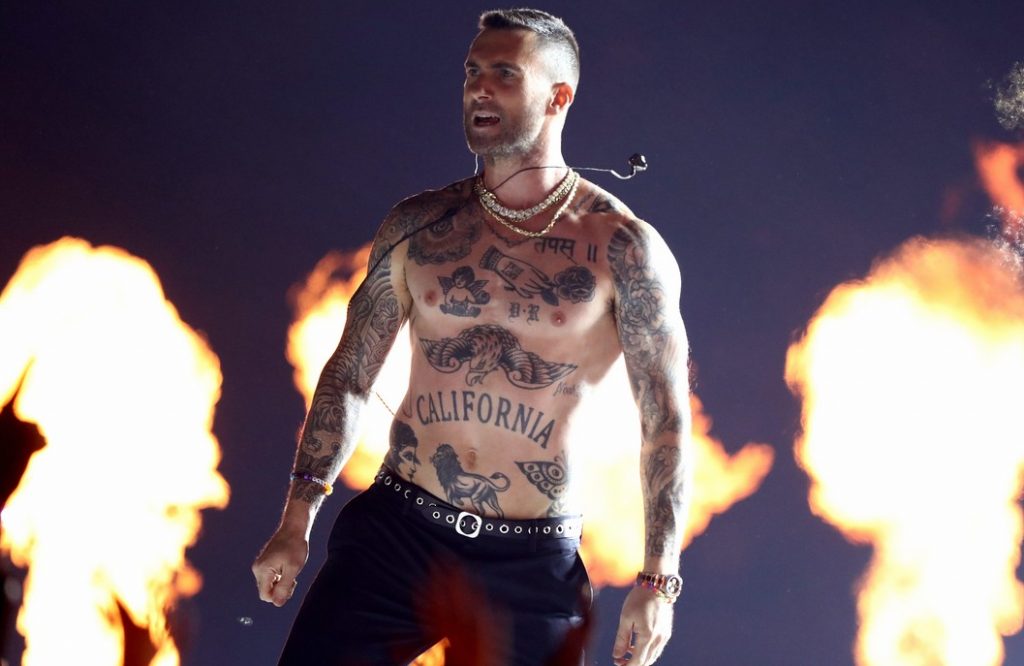 The Superbowl LIII took place this weekend, and with Maroon 5 headlining the gig, we have to admit we were even less interested in the annual sporting event than usual. Where was Cher or Celine?

But amidst the mediocre music and touchdowns, there was one moment worth catching: Adam Levine ripping off his shirt in a moment of fiery passion… for his own music. In the not-quite-Janet’s-nipple-ring moment, Levine failed to save his own show despite stripping for his million-wide audience and enlisting Travis Scott.

While we can all appreciate a toned torso that’s been traumatized by several tattooists, the question remains: whether it’s our choice in Tinder dates, or the headliner at the biggest show of the year… when will we stop putting basic white men on a pedestal?