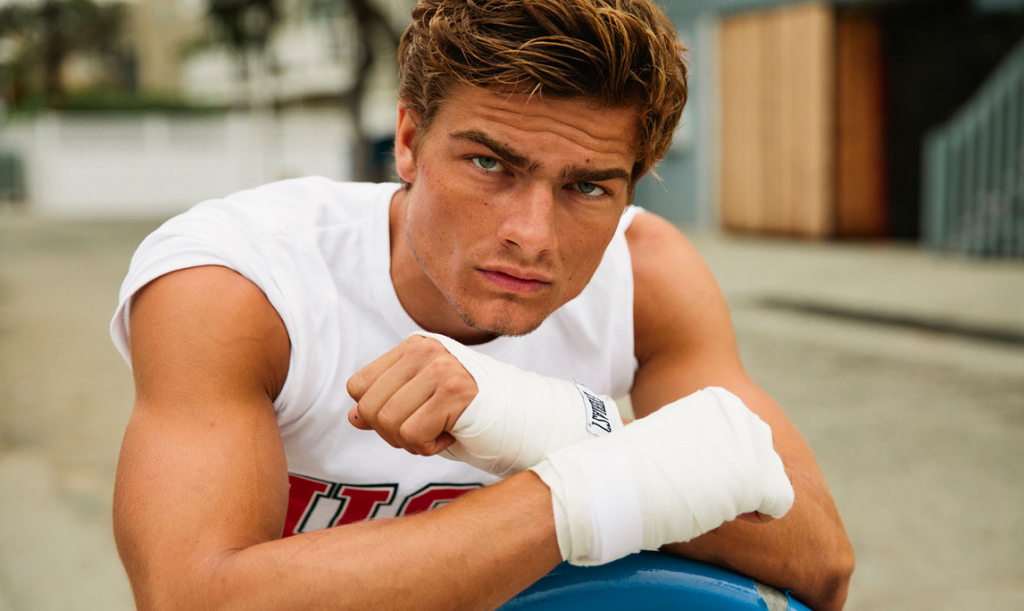 With a jawline and cheekbones like that, it’s no wonder that Aidan Anderson grew up to be a model. And with a number of shoots that look as if he ran out of time to get ready, it’s the perfect opportunity to ogle his sculpted abs too.

West Coast Anderson has worked for a number of fashion brands including Adidas and Calvin Klein. He’s also featured in Jeffree Star’s Lip Ammunition music video. But despite that astonishingly camp cameo, Anderon is straight… boo!

BUT we did dig out a full-frontal (yay!) – NSFW – have you ever seen a guy so hot you’d thought, I would fuck that excess bronzer off your face? No? Well, there’s a first for everything.