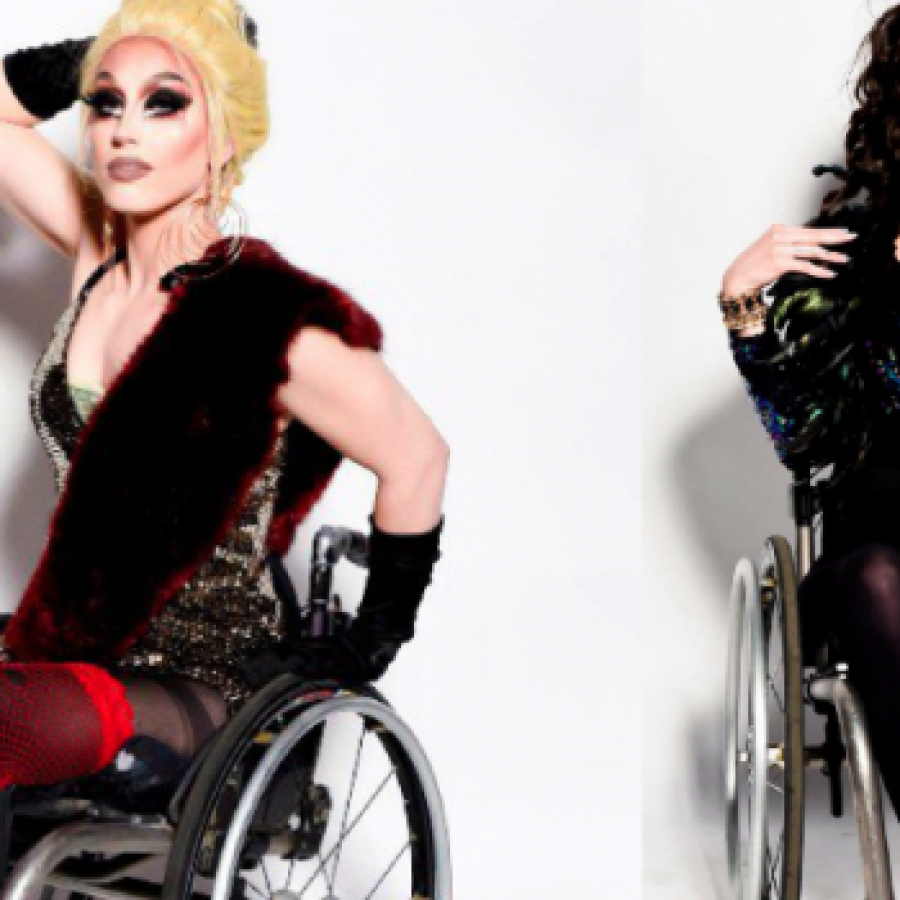 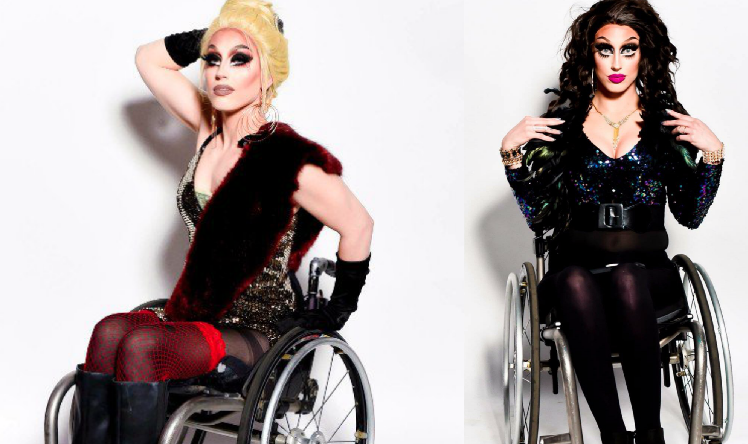 “I get a lot of, ‘You’re inspirational.’ ‘You’re amazing.’ ‘You’re brave.’ I find it odd,” drag queen Sarah Palegic recently told OUT.

“Why am I amazing? You don’t know me and I don’t like you. Just the fact that I am there, in front of them, existing without crying, that’s ‘amazing.’ It’s like they’re saying, ‘If I was in your shoes, my life would be so awful.’ It’s kind of an insult.”

The New England queen, who’s name is a play off paraplegic, has become a welcome performer in the drag community, despite being in a wheelchair, and being a cis female.

[RELATED: Do Drag Queens have an Obligation to be Nice to Their Fans?]

Although she hadn’t set-out to be a drag performer, (Sarah would always be beat for the gawds) when the hostess at the Dark Lady in Providence asked her to perform, she agreed. In honor of Sarah’s first time on the stage, they created a “Queens on Wheels” night. One was on roller skates and another on a scooter, and Sarah in her chair.

“They went completely over-the-top to make me feel welcomed, and it was incredible.”

But not everyone was so welcoming. Sarah received an abundance of abuse on social media: “Like every woman, I’ve experienced misogyny my whole life, but this was the first time, point blank, I was told I cannot do something because I am a woman. Or more specifically, because I don’t have a penis.”

But Sarah says she’s happy with the term ‘lady queen’, as long as she can “dress up, do make up, and be able to be part of the queer community.” And being a pansexual queer woman, she is already a part of our community.

Sarah, who was paralyzed six years ago, says that she now gets more attention in her chair than she did when she was able-bodied. “It’s validating, but equally invalidating. I don’t know if people are genuine. So many people are into it. I think they like the novelty. They find me interesting. Or it makes them feel good about themselves for giving attention to this poor girl in a wheelchair.”

[RELATED: Drag Queen has wig Snatched by Brute – Watch What Happens Next…]

Sarah has been catfished by men with disability fetishes, is repeatedly asked if she had feeling “down there”, and told she’s ‘too pretty’ to be in a wheelchair. “It’s frustrating. I don’t want to talk about my car accident every time I’m at the club, multiple times a night. I’m just trying to get drunk, ya know?”

Though Sarah explains that being in drag allows her to escape so much of that, adopting an alter-ego that that is unapologetic about wanting to discuss other things and feel loved over feeling burdening.

“Drag is therapy”, she says. Read the full feature here.