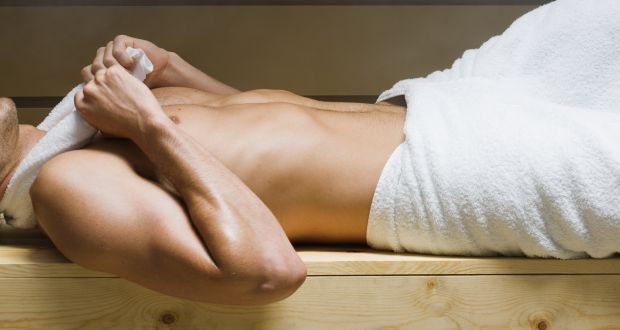 A man is taking premier gym, Equinox, to court after three men jerked off in front of him in the steam room. Jeez, we can’t even get one guy to wank over us at ours. He tells the New York post:

“The steam clears… And I look across from me. This gentleman, sitting pretty close, his towel is open, his legs are spread and he’s looking right at me, and the guy next to him was rubbing [the man’s] inner thigh.

After noticing a third man, he confessed:

“I thought, ‘No escape, I’m going to be sexually assaulted’.”

While we’re sure many of the other steam room frequenters would have seen this as a good time, he was clearly not one of them. He claims that after the incident he informed the front desk, only for them not to do anything.

C’mon Equinox, at least go down there with a broomstick and a garbage lid and scare them off.

The single dad fumes that “Equinox had known for as much as 10 years prior that similar wrongful acts were occurring in its steam showers.”

The manager of Equinox has responded saying: “It is a problem, and it’s something that every gym in New York City, not just Equinox, has an issue with.”