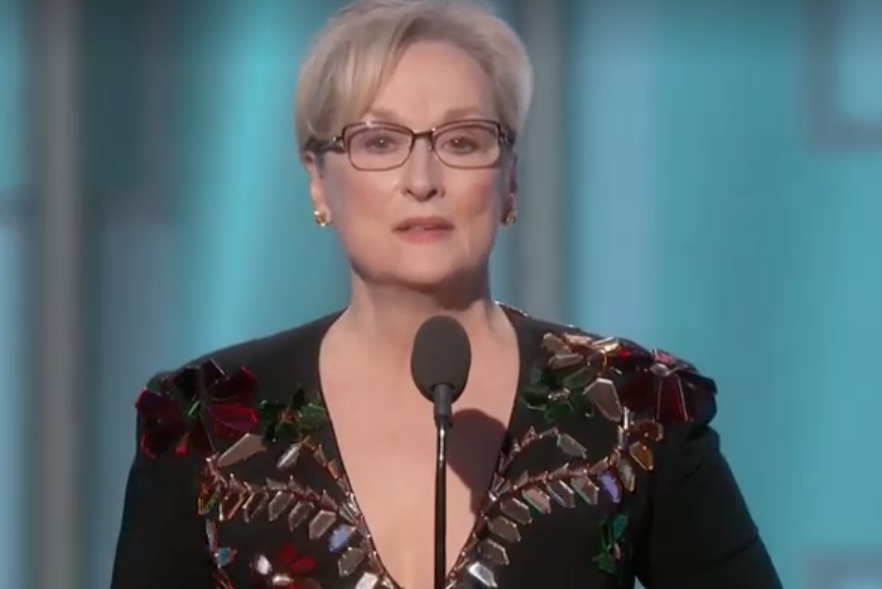 There’s a reason the entire world loves Meryl Streep. In fact, there are several. Her undeniably talent and grace are only a couple of them, and at last night’s Golden Globe awards, Streep demonstrated another: her yearning to stand up for what is right – and against what is wrong. The Mamma Mia actress referred to Donald Trump’s mocking of disabled reporter Serge Kovaleski – whereby the future US President impersonated his arthrogryposis, a condition that affects the way his joints move.

Trump has, of course, denied the reports and claimed that he was merely referring the Serge’s nervousness. But last night, Streep eloquently took down Trump without even mentioning his name. Clearly affected by the issues of his presidency and what he stands for, Streep left the audience with a quote from Carrie Fisher before trailing off and leaving the stage:

“Take your broken heart, and turn it into art.”