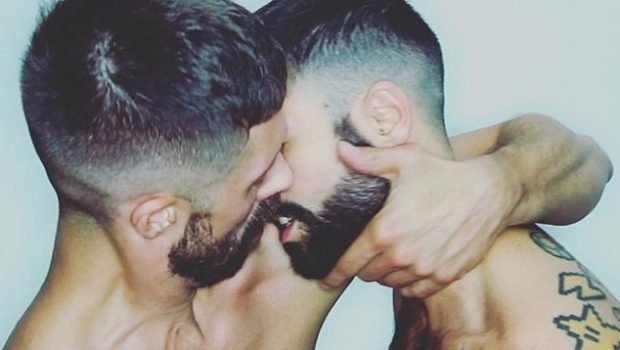 Straight Guys! Why have a ‘Bro-Job’ when you can have ‘Dude Sex’? 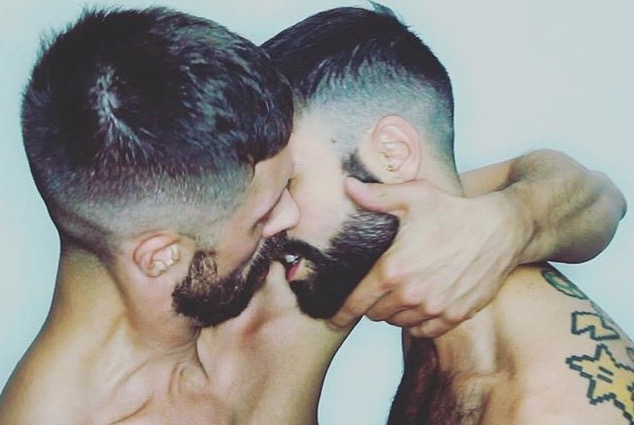 Last year, Dr. Jane Ward discussed Not Gay: Sex Between Straight White Men, her book and notion that two straight-identifying men can engage in sexual encounters with one another, without surrendering their preferred label. And though, even we must admit we were impressed with the play on words, it seems that ‘dude sex’ doesn’t quite have the same effect.

You know what they say, it’s not gay if you claim “no homo, bro”. Nethertheless, Tony Silva continues to talk about similar ideals in his paper Bud-Sex: Constructing Normative Masculinity among Rural Straight Men That Have Sex With Men. According to Silva, “dude sex” occurs when two rural straight-identifying men tell their wives and children they have to work late at the office, but are actually getting balls deep in another down-low homo. Their ability to compartmentalize sex, means that it’s just that, and that’s why they still identify as straight.

RELATED: Why are Gay Men Obsessed with the Straight Fantasy?

He spoke to 19 participants, all straight-identifying, all caucasian and rural and all that give a mean blowie when “helping a bud out”. He scouted them from political congress. Jokes, it was Craigslist. And they all emerged from socially conservative, caucasian states: which questions whether they’re “compartmentalizing” is really just a fancy term for denial.

Many of the guys claimed it was a way of experimenting, or relieving “urges” (erm, where’s yo’ wife at cadet?) and satisfying curiosities without experiencing a sexual attraction for the other person (hint: man) involved. So do they do the same things with their wives and girlfriends? Or perhaps it’s like how you can still get hard even when you’re having ugly sex? Albeit they’re usually still have the same genitals when that happens.

Silva claims that dude sex guides their  “thoughts, tastes, and practices. It provides them with their fundamental sense of self; it structures how they understand the world around them; and it influences how they codify sameness and difference.”

In layman’s terms: They get to experiment sexually, but cling onto their “straight” tag, because after experimenting, then decide that it’s not for them. But what about the ones who go back for second helpings? Do they hold onto their heterosexual label until they it becomes more acceptable in their social and biological upbringing and then come out of the closet? Doubt it.

Silva states that a “key element in bud-sex” was that the men were looking for similar partners: white, rural, married, etc. “Partnering with other men similarly privileged on several intersecting axes—gender, race, and sexual identity—allowed the participants to normalize and authenticate their sexual experiences as normatively masculine.”

By hooking up with guys similar to them, Silva noted, many of the men didn’t feel their heterosexual identities were threatened. But having sex with a gay man somehow made them feel more gay. In fact, a handful of subjects said they were turned off by “effeminate faggot type[s]” or “flamin’ queers” who were “too flamboyant.”

“If I wanted someone that acts girlish, I got a wife at home,” one subject said. Bleak. That tone sounds a lot like fear. Babe just ’cause you got a beard making you meatloaf every night, and your side-dick keeps his limp-wrist in check, doesn’t mean you’re not a “flaming queer” as well.

RELATED: Straight, White Men are giving Each Other ‘Bro-Jobs’ and it’s Really NOT Gay

“I go on road trips, drink beer, go down to the city [to] look at chicks, go out and eat, shoot pool, I got one friend I hike with,” another guy explained. “It normally leads to sex, but we go out and do activities other than we meet and suck.”

“If my wife’s gone for a weekend,” a third guy said, “I’ll go to his place and spend a night or two with him … We obviously do things other than sex, so, yeah, we go to dinner, go out and go shopping, stuff like that.”