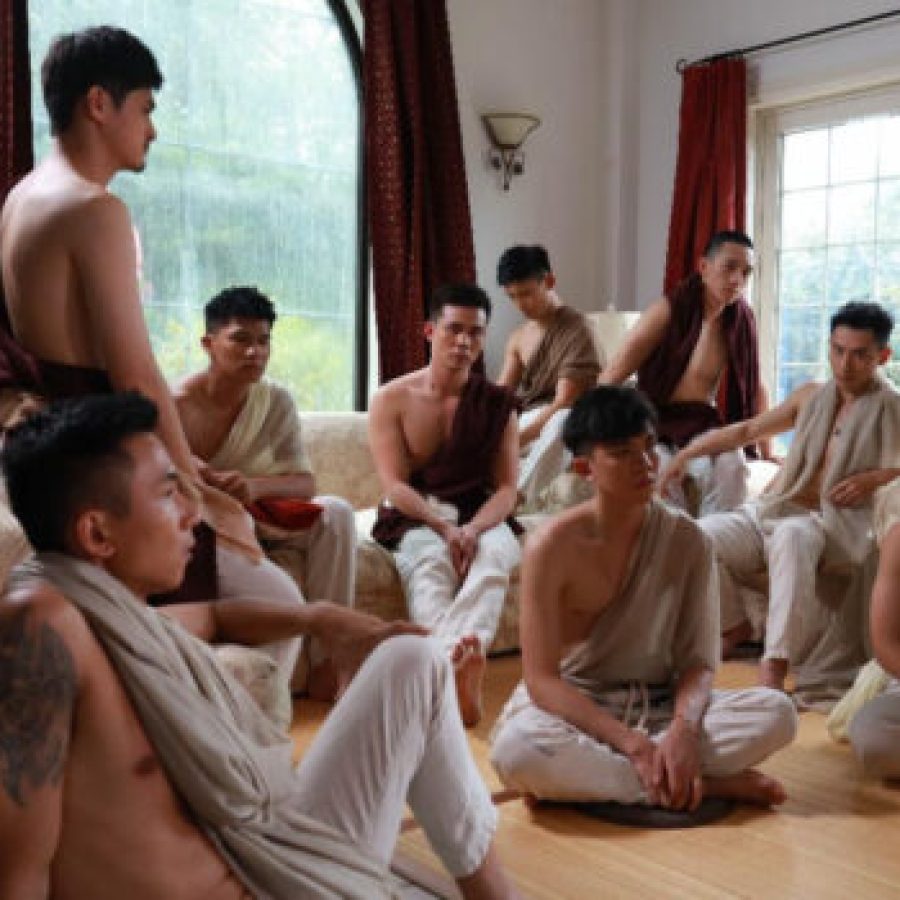 ‘Apostles’ explores meaning of life through nudity, sex and bondage

Apostles is a 2022 homoerotic movie from legendary queer Hong Kong based director Scud! The mononymous filmmaker made a splash in May of 2022 by stating that he would be releasing two final titles before retiring. One of those flicks is Apostles, and we’ve got all of the hottest moments (cock, butthole, group nudity) from this unbelievable movie.

Apostles is about a philosopher who assembles a group of twelve men – his apostles – to live out all of life’s experiences – from happiness to sorrow and everything in between – as he tries to figure out the meaning of life before dying.

Well the apostles are all naked as hell, and we get to see so much amazing action from these bold and brave Hongkongers! Real life dancer Wei Kai Huang lifts his leg to show us where the sun don’t shine while performing buck nude…

And so much more!