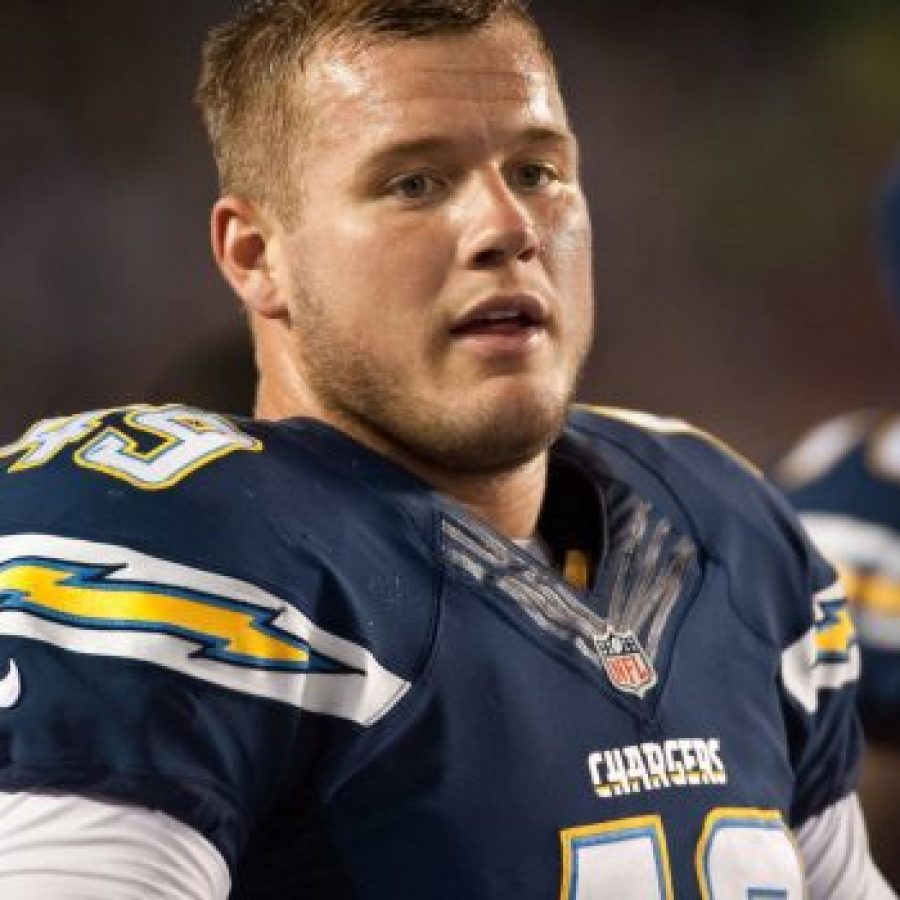 Colton Underwood: NFL teammates admire each other dicks, then use f-slurs

Following his reality show Coming Out Colton, Underwood is shedding some light into what it’s like in the NFL lockerooms, somewhere that he calls “homophobic but [also] homoerotic”.

Speaking on Alex Cooper’s Call Her Daddy podcast, he also said that he avoided showering for fear of getting aroused.

“The coaches and other players in the locker room weren’t very friendly. The locker room is extremely homophobic, but it’s also very homoerotic.

RELATED: NSFW: A Look Inside the Locker Room

“It’s like [they’re] slapping [each other’s] asses, commenting on each other’s dicks, and then all of a sudden being called a fag or queer, and all of these derogatories.

“I would be sitting in my locker room and a guy would walk by to go to the shower and comment on another guy’s penis size, like, ‘Dang that’s big,’ stuff like that. Or comment on a nice ass.

“And then, within seconds, if you stare at the dick too long, it’s like, ‘What are you doing fag?’ All of a sudden a flip switches.

“There’s an appropriate time that you can look, but if you take it one second too long, you all of a sudden are gay.

“And it’s super confusing because I’m sitting there like, ‘Wait, maybe other men, especially in this locker room, are questioning [their sexuality] or struggling with their sexuality too.’

“And then as soon as that flicker of hope for me [was ignited] it flipped to slurs and homophobia. And I’d be like, ‘Okay, never mind. It’s just me.’

The toxicity doesn’t sound unusual or surprising to us. The way straight men can be both homoerotic and homophobic is wild. Also, if you thought Underwood might spill some tea about who in the locker room was deserving of the admiration, his eyes were firmly fixed on theirs.

“I wouldn’t shower after practice because I was afraid of getting turned on in the locker room or in the shower.”

“I never really was attracted to anybody I played with or coaches so it’s sort of silly to say that, but I wanted to avoid any chance of being outed so I would not shower with the rest of the team.

“I would leave. I would change in a corner or in a stall. There was just a lot of things I did differently from other plays because I felt like I had to. I didn’t want questions to start being asked.

“I stayed completely away from [them], I kept my eyes locked on eyes at all times. I played it very safe because I didn’t want to give anyone a reason to come at me.”

See real sportsmen out of their kit