If the Disney Princes were in Self-Isolation 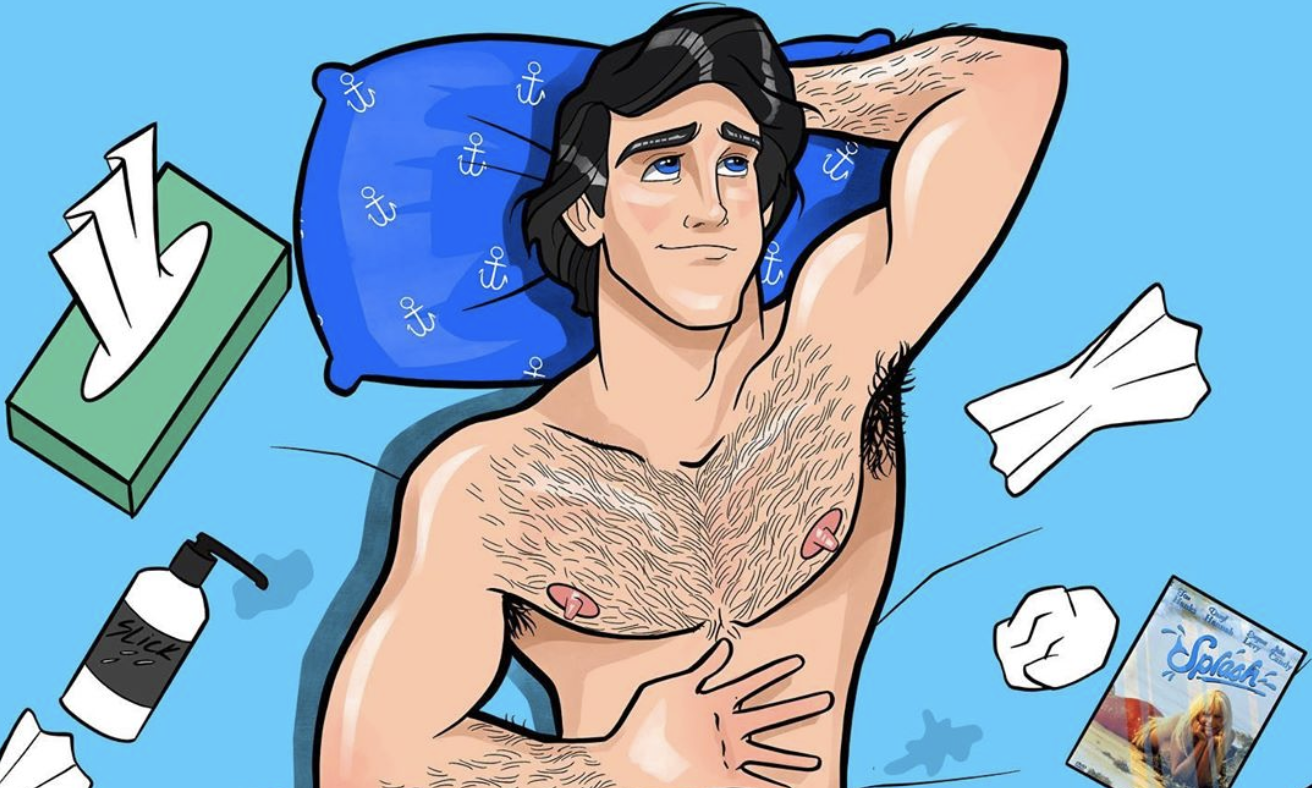 Curious what the hunks of Disney would be doing if they were put on lockdown? Well, illustrator Tom Taylor has the answer – and seemingly, it’s just the same as the rest of us.

Prince Eric has wanked himself silly, Hercules completes his home workout in a jockstrap and Aladdin shaves his head. Prince Naveen soaks in a bubble bath with a glass of red and Tarzan is baking banana bread… all sounds familiar, right?

“My favourite is definitely Eric,” Taylor tells C&C, “I think he has been since I was a kid when I wasn’t sure if I wanted to be him or marry him!”

There’s also logic in Taylor’s concepts: “When it came to them shaving their heads, I chose the ones I thought would look the hottest even though logistically it was a bit strange to figure out the shape of their heads, as their hair is such a big part of their identity I wasn’t sure if people would get it.

As for his own ‘quaroutine’ Taylor isn’t exactly living it out like one of his Princes.

“I’ve been working out more than usual for sure, no jock though… yet. Unfortunately, I shaved my head way before lockdown so I’m taking this opportunity to grow it out and have an excuse to look rough while I do so! As for banana bread, that will be a cold day in hell… [laughs]

“Let’s say that I’m keeping busy and drawing every day!” he tells C&C, “I’ve signed up to Patreon – somewhere to post NSFW art and people can pledge to see it – which is great as it’s given me a push to create content for it almost every night!”

I know you all wondered who Eric was Skyping….. #socialdistancing . . . . . . #tomtaylorillustrated #kingtriton #illustration #illustrator #disney #dad

Quiz: What Type of Lockdown Gay are You?