Sink The Pink Street Party Returns for its Biggest Year Yet! 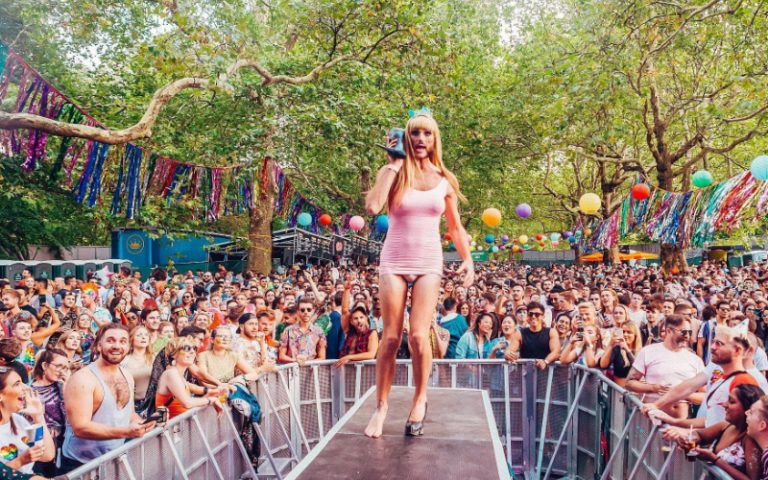 While camp-fests London Pride and Mighty Hoopla are behind us, that doesn’t mean that the party is over; far from it in fact. If you’re a fan of bearded men in sequined heels and leopard-print leotards, (let’s face it, who isn’t?) then you’ll be pleased to hear that Sink The Pink is throwing another street party this year, following the huge success of their debut one last year.

The gender-bending collective will host a colourful rave in Finsbury Park, with two huge stages, over 40 drag performers, a string of DJs, and a crowd that put more effort into their looks than they do on Halloween. (Although the scariest thing you’ll see here is someone is a check shirt and Timberlands).

But before you hear “park”, and consider swapping your stilettos for wellies, it’s a street within the park. See how they thought that out?!

Sink The Pink’s parties have become infamous on the London queer scene, and even across Europe! Known as the perfect place to embrace your androgyny, let your wig down, and slip into something that’d make Billy Porter gasp “YAAS KWEEN!”

The festival is situated perfectly between Brighton and Manchester Pride… We’ll be pissing glitter until Christmas at this rate.

Sink The Pink Street Party is in Finsbury Park on August 17th, and tickets are on sale now. GET ‘EM!