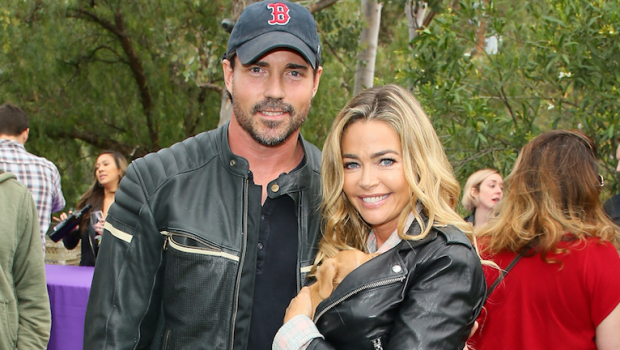 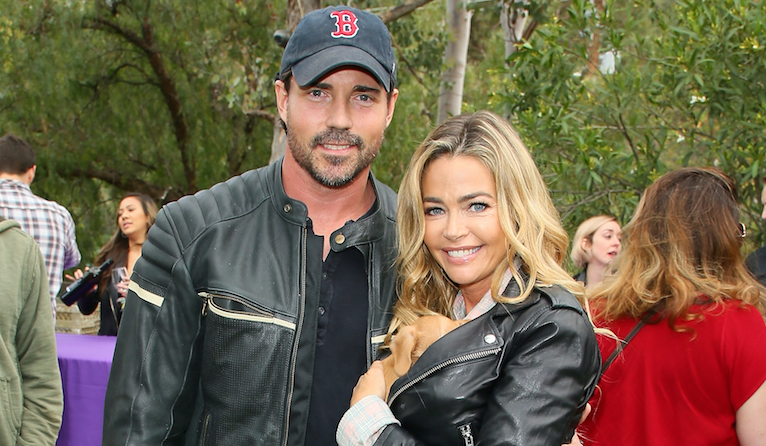 The Wild Things actress let her wild side slip out over brunch when she gushed to the other housewives about the size of her new husband Aaron Phyper’s manhood. When asked by Lisa Vanderpump if it was an instant attraction, Denise – who looked like she been banged against headboard all morning – replied:

“I thought he was cute… I wanted to f**k him. I just wanted to have sex with him.”

“Well, he has a big penis” Denise divulged, as Vanderpump and Kyle Richards giggled like circuit size queens.

Kyle and Lisa – who were noticeably more glam than Denise – went on to inform her that you never tell a woman how well-endowed your husband is; joking that you always tell another woman he’s got a shrimp dick. And that’s lesson 1 in protecting your man from moralless whores.

Denise then comments in her confessional that she’s been around the block a few times, and Phyper has the biggest dick she’s seen.

Perhaps Richards was ensuring her airtime, or perhaps she’s genuinely less uptight/more of an oversharer than most of the other housewives, but either way – we stan a hot mess.