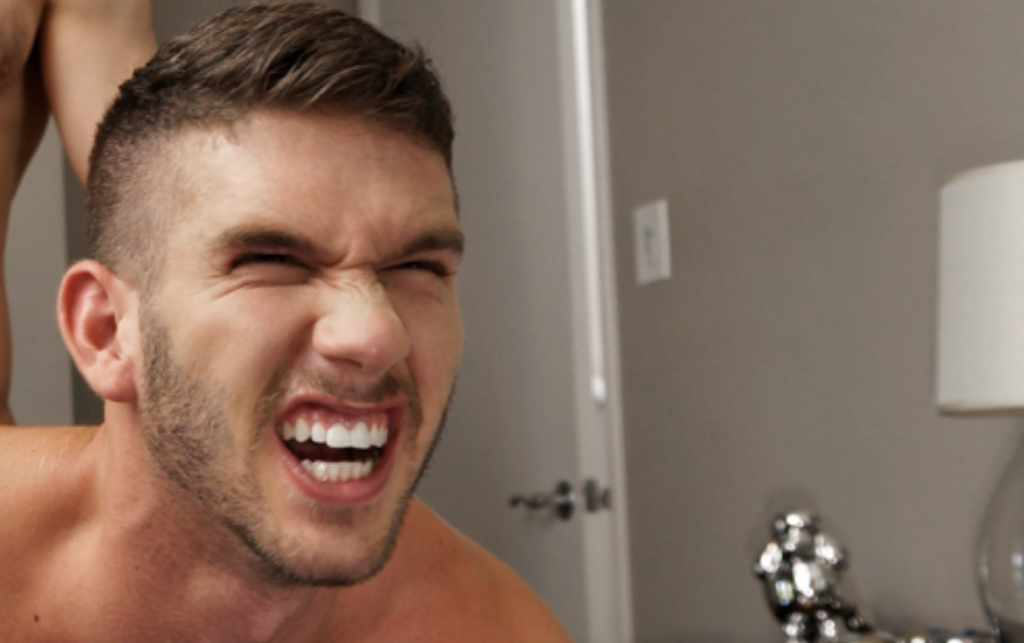 Last week saw a guy’s lust for his straight crush spiral so out of control that he broke into the straighty’s house, dressed up as his wife – in the prosthetic replica of her face and titties they casually had lying around – and then seduced him.

More recently, Str8UpGayPorn released a new featurette that sees a guy doing himself with the leg of a coffee table. (See the pearl-clutching NSFW clip here).

Like, is furniture fetish actually a thing? It’s bad enough having to worry about a guy getting with one of your friends, let alone having an affair with your chest of drawers.

These NSFW Deep Fakes are only getting realer

Catch him in the showers after the match

When he gets turned on like a light switch (literally) – NSFW