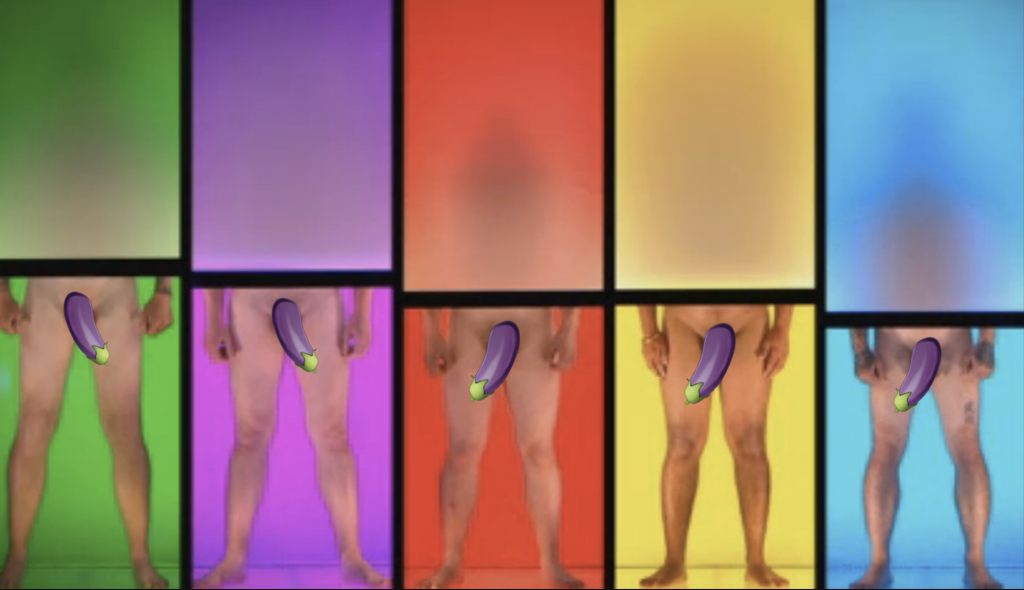 After three tiresome episodes that were lacking in anything but fanny, we’re finally presented with our first gay contestant. And really, what an episode it is.

Richard has been single for 18 months, and for someone that sings in a Take That tribute act, we’d say that’s not pretty bad going. But as if singing Could It Be Magic on repeat wasn’t depressing enough, he’s constantly being groped by women, so he tells our host Anna.

“If my knight in shining armour has a big weapon, that’s a bonus,” Richard coos at the camera. WAIT, so she wants the big dick and to be rescued. That’s just greedy. 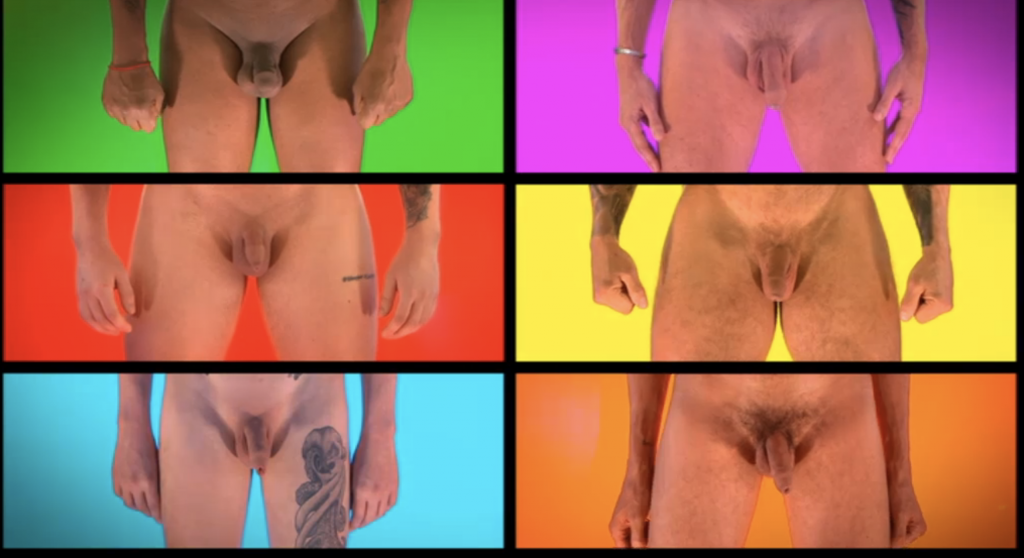 “Is it possible for a fella to ever be too big?” Anna asks Richard as she unveils today’s cock platter.

“No. Not at all. The bigger the better. Massive,” Richard replies just what a panel of men with average-sized dicks want to hear.

After a failed attempt at getting the men to do the helicopter, Richard and Anna ask the guests to turn around and fail at twerking instead. Seriously, read the room guys, don’t think we’ve got many performers in this bunch. They then investigate Pink’s gooch piercing, though neither of them knows exactly what it’s for. 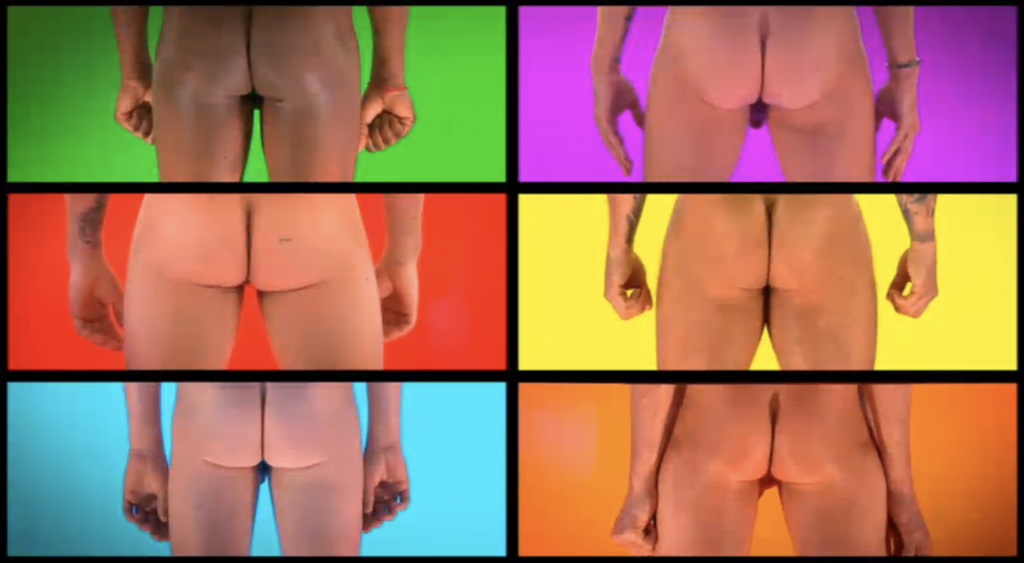 Richard tells Anna he’s not into circumsized willies ’cause they look “mush-rooms”; seriously, never knew it was possible to pronounce mushroom wrong until now. And hence dispells Green a 40-year-old stylist – who has the only hoodless member in the group. (And I’m sorry but I seen her outfit, she ain’t styling the three hairs on her gran’s chin, let alone doing it for a living).

Next to go is Orange, who you can tell is nervous and a little awkward just by his body language – but who Richard shuns for being too thin. And its a shame ’cause he’s good looking, but would do himself a world of favours if he built up his confidence (and chest). And thus, Richard is left with: Pink, a piercing blue-eyed former cutie that has the stare of a Russian murderer. Red, the university student with zero game, but a tight torso. Yellow, the daddy fantasy with a few dashings of cringe. And Blue, an extra from Twilight. 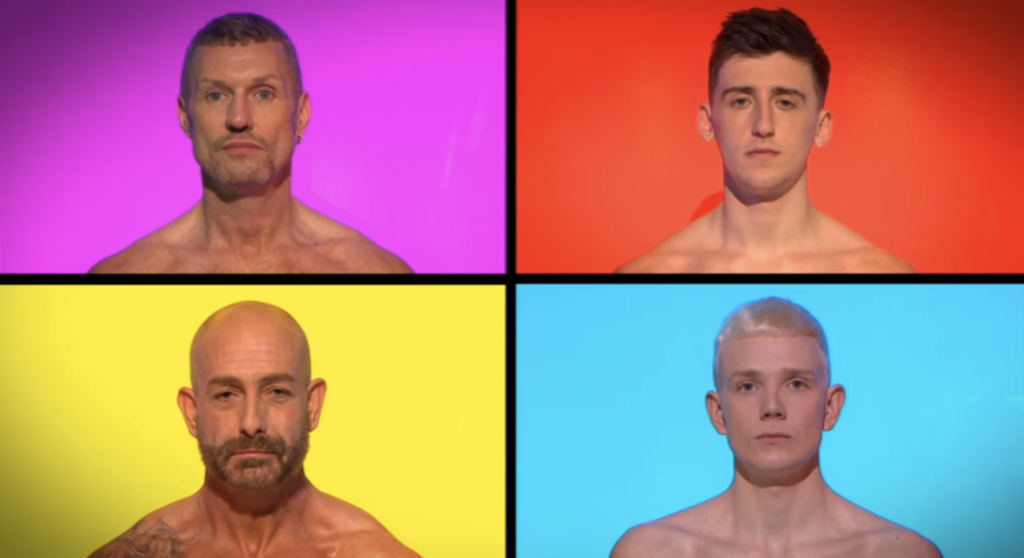 Talk of smiles moves on to breath, and so logically, they make the contestants breathe on them. Imagine standing there for hours without a stitch on your body,  been killing the gym all week, and then realised you forgot to brush your teeth.

Kasper the ghost (Blue) is next out the door. Followed swiftly by the creepy salon owner and serial killer (Pink). And so Richard is left with his two options: Steve, a 44-year-old builder, (who some viewers clocked has been on the show already!) and Dougie a 22-year-old waiter.

We often say that Anna’s subtly savage one-liners in her condescending tone (“it’s a no for today… see you later!”) are the best bit of the show, but she really outdoes herself this time, asking the two remaining contestants if they’re into each other – while Richard gets changed. And they coyly admit that they are: 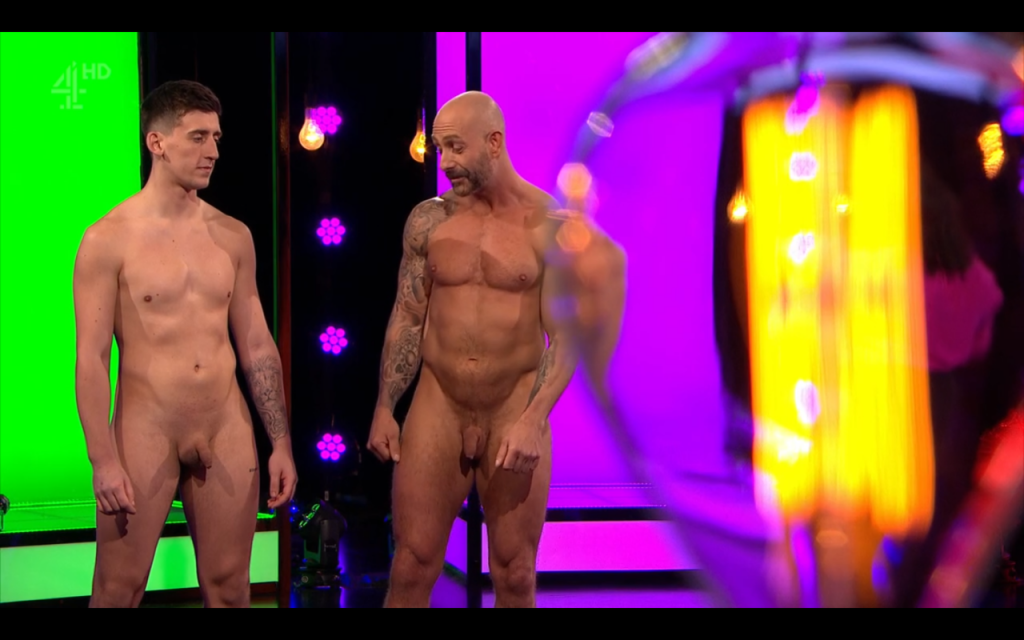 Richard then reemerges like a naked Robin puffing out its chest. 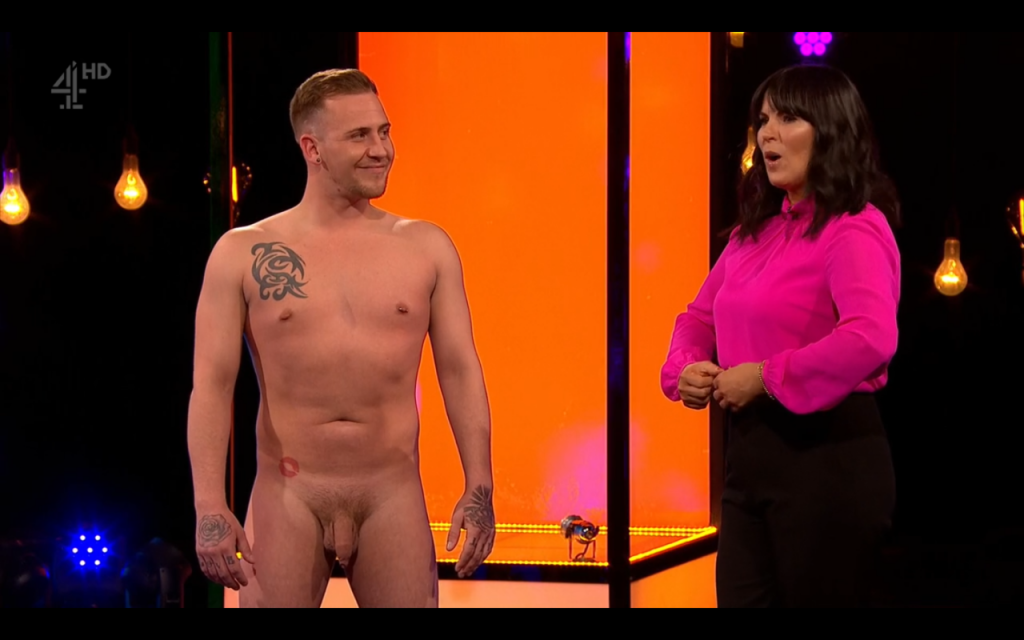 But while Richard picks Steve and they meet tomorrow evening for their first date, which he gushes is the “best day of [his] life”, he doesn’t know that Steve hooked up with Dougie straight after the show. Until now… 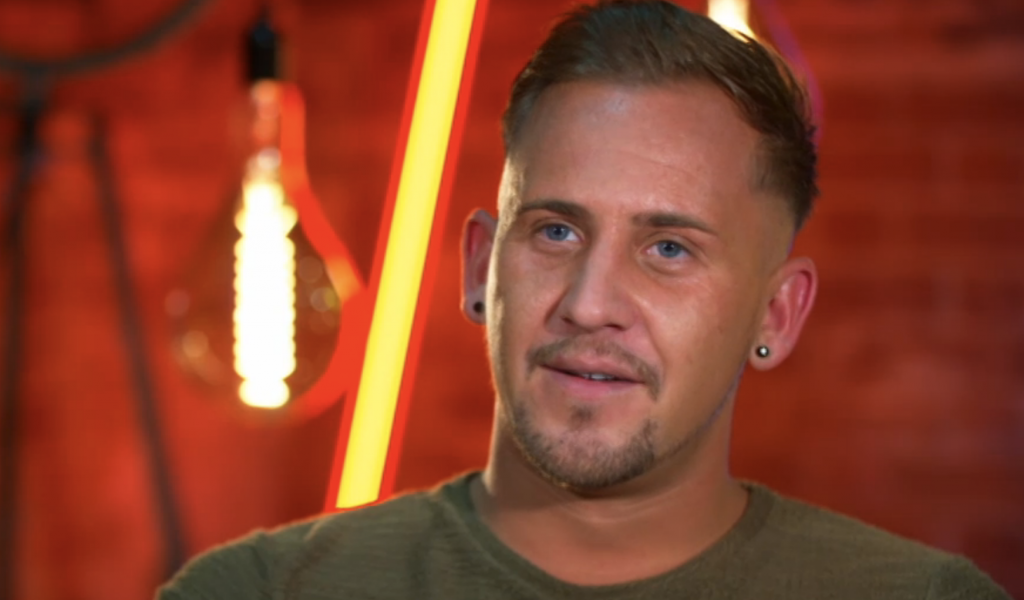 It’s a moment that really captures Richard going from giggling about Steve as the perfect gentleman, to realising he’d been relegated for the other contestant. Brutal. Steve really does ‘tick all the boxes’… even the one that says: will break your heart before the first date.

And this is why we can’t have nice things.

NSFW: This Naked Attraction/Great British Bake-Off Parody is a Must-See!