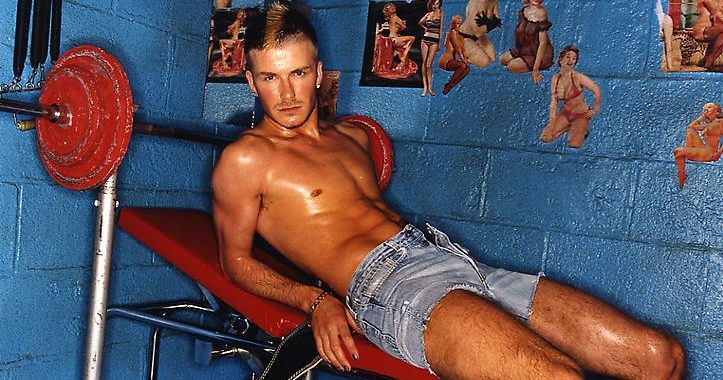 David Lachapelle has the power to achieve great things with his shoots. He got a then-virgin Britney to pose in her underwear with a teletubby, he got Rihanna bound and gagged for her S&M video, and he got a then-alive Tupac naked in a bathttub.

This Thursday, we’re throwing back to his iconic – and super gay – shoot with David Beckham for GQ (2002).

Albeit David and his sarong were fairly effeminate enough back in the day, but Lachapelle’s shoot sees him working up a sweat in black nail polish, and the denim shorts of a rent boy on 9th Avenue. If he didn’t have dumbbells in his hand, we’d have thought he was coming out of the Y.

Lachapelle ensured Beck’s body was oiled for the Gods and popping against those powerful backdrops. It was before Beckham had filled out a bit, but still rocking a super toned bod.

Would’ve been nice if we could see the leopard prints undies in their entirety. Just sayin’…

David Beckham Bats his Lashes in the Face of Gender Stereotypes

The Best Bit of the Royal Wedding was David Beckham