David Beckham Bats his Lashes in the Face of Gender Stereotypes

We love a bit of gender-bending at C&C, and apparently, David Beckham does too. The footballer posed for Love Magazine with statement green eyeshadow. Although we’ve all been aware that Golden Balls has a fem side since those infamous sarong pics back in the day.

So far, it’s only the cover shot that’s been released but we’re hoping for some fem-realness, like Brad Pitt for Rolling Stone in the 90s.

From the snippet of the interview on Love’s website, David chats about finding his “happiest” moments on the pitch. Rad. Now let’s talk about your teenage sexual experiences and whether or not you’re doing the nanny. 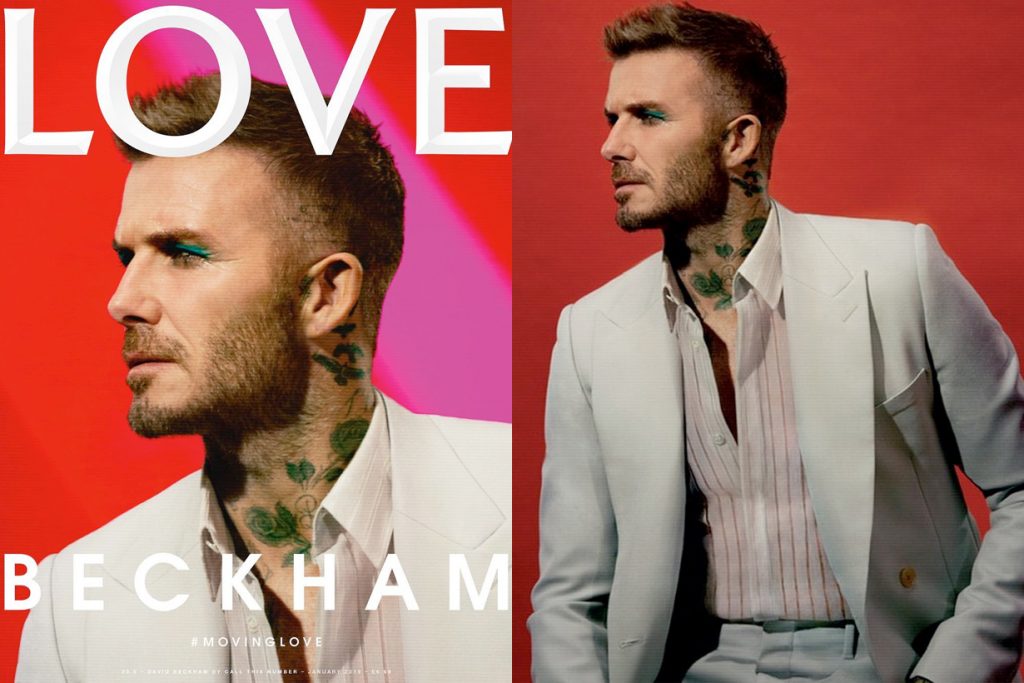 Last year Ezra Miller shook us with his feminine (yet still masculine) shoot for Playboy.

The Best Bit of the Royal Wedding was David Beckham

Here’s a Bunch of Pictures of David Beckham’s Bulge