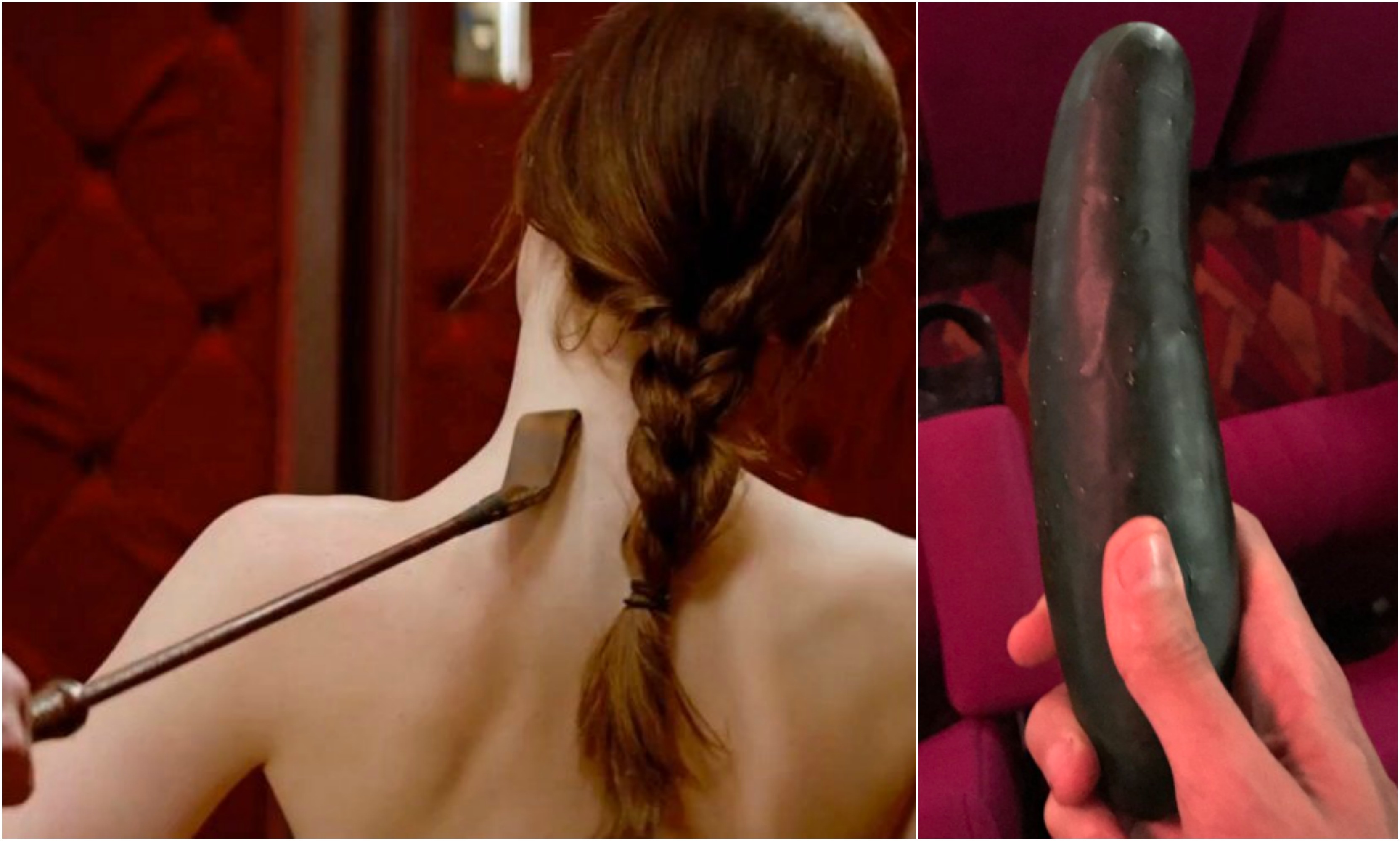 And get this! His WIFE was with him. What was she doing? Sitting there rolling her eyes, “Oh Roger, not again. It was bad enough at Memoirs of a Geisha”. Before wolfing down a fistful of popcorn thinking that was melted butter on top. Cinemas worldwide smelling of bodily fluids. VOM.

Unfortunately for the 45 year-old horn-dog, he was also sitting alongside two coppers. The pair of military police reported the incident, leading to him being kicked out of the cinema and arrested. Girl, that’s next level shame. Getting kicked out of a nightclub for engaging in felatio in the toilet is one thing, but this. Imagine standing outside the cinema with passerby’s watching you get cuffed for jerkin’ the gherkin at the Maine-et-Loire.

And this follows a person fucking themselves with their groceries in Brisbane, Australia. Err’body know what’s been happening Down Under.

That awkward moment when you find a cucumber in the cinema after a Fifty Shades session…? pic.twitter.com/FafcJX5gFB

But like WHY YOU GOT THAT SHIT IN YOUR BARE HAND FOR?!

So, if you’re going to see the latest film, wear a plastic rain mac and don’t ignore any sloshing sounds.