FAGONY AUNT: “My Boyfriend Says I’m ‘too Eager’ – How Can I Make Him Work for it? 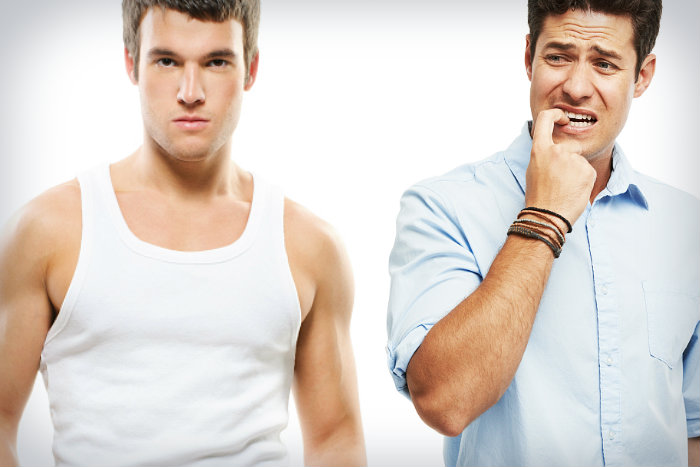 First of all – grow some backbone, dear. It’s the only bone you’ll be getting for a while by the sounds of it. From what you’ve outlined, it’s very clear who wears the trousers in this relationship. And it’s obviously not you, because you’re on the kitchen counter top with your ankles behind your ears waiting for your man to walk through the door. Are you not familiar with the art of seduction? HINT: It doesn’t involve leaving a trail of giblets leading him to you spread open like the gammy Christmas turkey.

But anyway, self-reliance is sexy. He needs to know, that if he went on a work trip and you had to survive a long weekend without his pork sword, that he wouldn’t return to you pale and shivering in the foetal position. I’m gonna say this once, and please tell all of your friends: there is nothing sexy about ‘thirst’. Just ask the children of Uganda that have to walk six miles to a well.

You’ve asked your man what the problem is, and he’s given you his answer. No, it’s not a sign he’d rather be single, but if you keep laying it out like an Iceland’s prawn platter, you probably will be soon. He’s only satisfied with masturbating because sexually, you’re boring and predictable – feel better? Look at this way, if people could get into Nobu as easy as they do to Nando’s – it wouldn’t hold such value. You’re the Nandos – and girlfriend, you need to change the recipe. Every night you’re giving him lukewarm lemon & herb, when he’s dying for a bit of spicy Peri Peri, ya get me.

So how can you spike his interest? Firstly, BACK UP. That alone will be enough to get him to come your way, at least to start. Don’t walk through the door and open his flies like it’s the electricity bill. When he leans in for a kiss with you, grab the back of his neck, turn his head to the side, lean in and sensually kiss his ear instead, bite his earlobe and then turn around and walk away.

Rather than cleaning your house in a jockstrap and then sitting on the feather duster, wear jersey shorts with no underwear. And when he tries to take them off, make him do it with his teeth. When you’re chilling and watching TV, rub your foot on his inner thigh, just gently for a few minutes, and then stop. Getting your man heated up is all about give and take. Start leading him on like you’re a skint teenager in the local nightclub, and he’s the slightly older gentleman that’s been buying you drinks all night. Flirt until he thinks he’s got it in the bag, and then when he pulls his cock out, whail – “WHAT DO YOU TAKE ME FOR, EH? SOME KIND OF SLUT?”

Nobody likes an eager beaver… And if there’s one thing that makes a gay guy soft – it’s a beaver.

Got a problem? Email: [email protected]