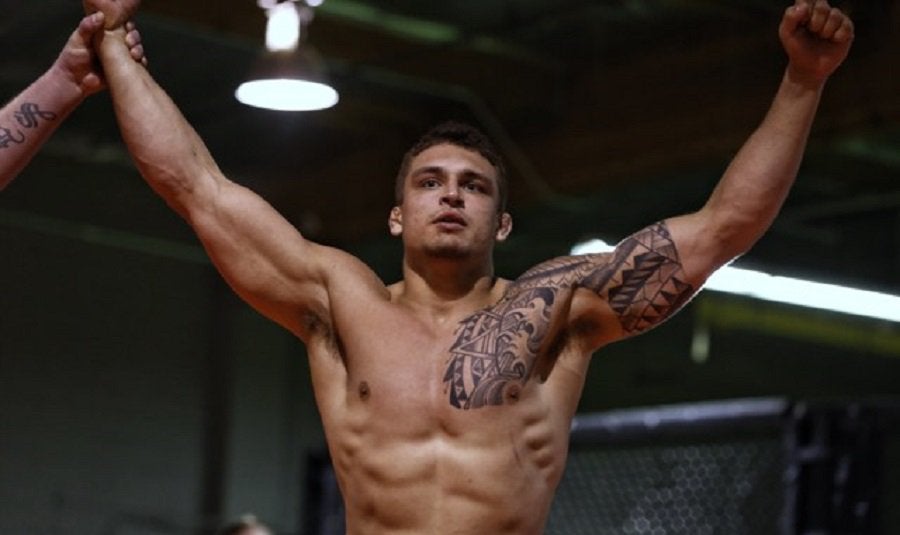 As much as we love fake acting, we’d rather watch Real Housewives than WWE. However, one benefit it has over the reality franchise is the tiny costumes.

In fact, we’re surprised Nick Rodriguez could even keep his rod hidden. He’s listed as a submission grappler, which means his technique involves clinches and holds that pin down his opponent until they tap out… you could’ve just said ‘power top’.

Anyway, before Rodriguez began invading rings, he used to be a model; hence why he already had abs and an extensive collection of little pants beforehand.

Here’s an array of shots of him without them…

Get access to TONS of exclusive videos and NSFW quizzes here