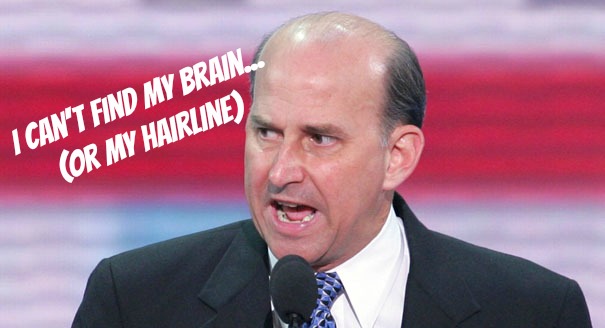 Y’all know, I ain’t no politician but decided to relay this as found it so humorous. This slab of ignorance called Louie Gohmert – a Republican Rep – suggests that we dump a bunch of gays and lesbians on a desert island to prove that it’s against nature because we wouldn’t be able to procreate. His segment can be read here:

What many other people have stated is that his comments are not only discriminatory against gay people, but what about the baron? Or those that have had cervical/testicular cancer and are unable to procreate? Not everyone is supposed to have children. Believe me, if they were, we’d be in such an overpopulated epidemic that you’d be praying for a few gays.

if you wanna see who “nature favours”, those women would probably tear the heads off those men before they banged them; especially when all those dudes be playing wife swap; that island of jealousy gonna turn into one big massacre. Besides, it depends what you’d be sending there, because dun know if it was combover trolls like you the world would be doomed. Can’t imagine no woman letting you touch her, even if the fate of the universe depended on it.

Regardless, you don’t think there’d be an endless supply of hags on the first plane over to help us repopulate? Like, duh.