Guys will use all sorts of grooming techniques to get you round their place for a shag. Usually it’s “Hung XL” (despite the fact their face looks like it’s been raped by Ebola). Occasionally it’s “will suck, don’t want anything in return”. This time, it was… 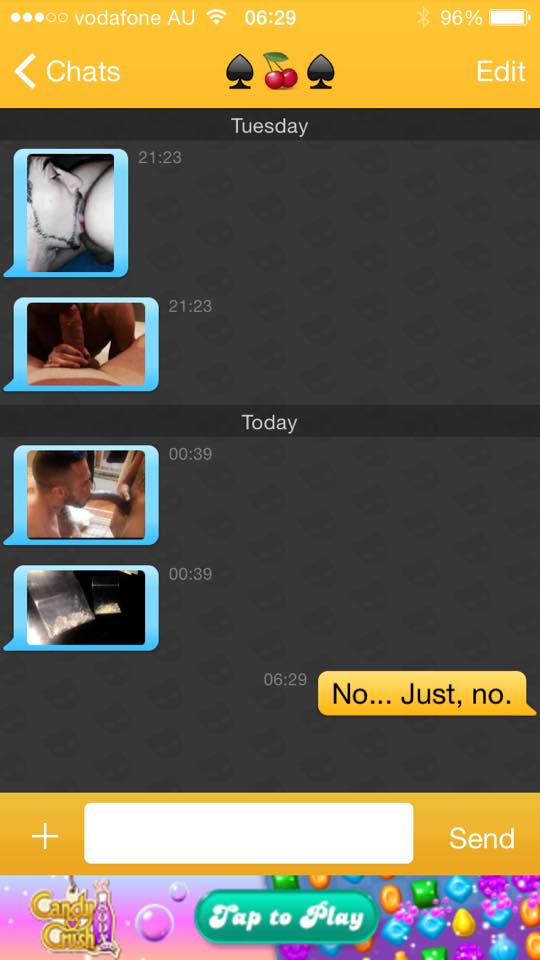 Sent in from Patrick, Australia

I MEAN, actually sending photos of the baggies. Two DINKY baggies, at that. Where you going with that? That’d be gone in half an hour. Not only that, I know you don’t actually think that’s enough to get me high enough to get filthy with the likes of you. LAWD, no.

I can see why he reached out to my friend though, look at that third picture with the guy sucking dick like he’s afraid of it. WEAK. Although not as weak as dangling those powdery white meth carrots for a lay.

And it wasn’t long before we noticed that the guy was actually a dead ringer for David Guest. That is not a celebrity comparison to be proud of.