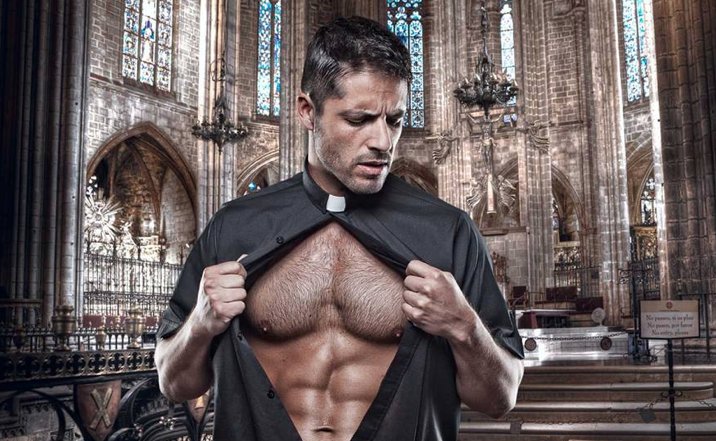 Forgive me Father for I have sinned! Even those words can’t save the Italian priest who has been let go from his position (lol) at a Catholic Church for fornicating with male prostitutes. And forget praying ’cause Lord knows he’s been on his knees enough. The man of the cloth had been discovered to be having ‘Judas-themed’ sex parties where they would react his betrayal to Jesus. Only I’m guessing they gave him more than a kiss on the cheek. I’m as if he wasn’t sticking up a middle finger (among other things) to God already with this kind of activity, but the man played Judas too. If Jesus hadn’t risen from the dead, you could’ve just gone and spat on his grave.

The priest was sacked of his duties when one of his lovers came forward and grassed to an Italian newspaper that he originally went to the priest for guidance – oh, he got guided alright, straight to the doggy position. The man claims that the priest found his pictures exciting, and asked him to send him a dick pic. Erm, why was there pictures in the first place? Do they require photographic evidence of your sins now? Lord, don’t think there’s a portable hard drive big enough to hold all mine.

The priest *confessed* that he liked boys, “especially young ones” and that he could help buy them clothes and phones. Thought followers of God were supposed to give up all material possessions for him, and here’s Friar Felatio giving out iPhones and Gucci wallets to put on a beard and tunic. Oh, to be a fly on the cloud when he’s mocked by St. Peter at Heaven: “Nah mate, you’re in the wrong place. This is the Pearly Gates. You find pearl necklaces downstairs”.