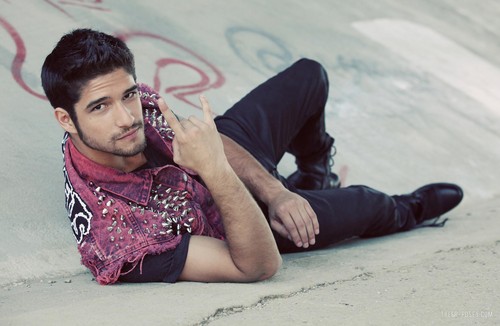 What a week for the cast of ‘Teen Wolf’. Just a couple days ago, you guys got treated to Cody Christian’s animal urges and now his co-star Tyler Posey is proving that he can be just as wild. Intimate snaps of the star were posted onto Jezebel’s Boys Tumblr, as well as a 7-second video to Reality TV Links Twitter account. We’re loving the damask rug babe, you been cracking one out round yer nan’s house?

Fans have apparently rallied round to support the actor. Yeah, we bet they’re offering him a helping hand, alright…