OMFG! ‘Revenge’ Reboot is in the Works!? 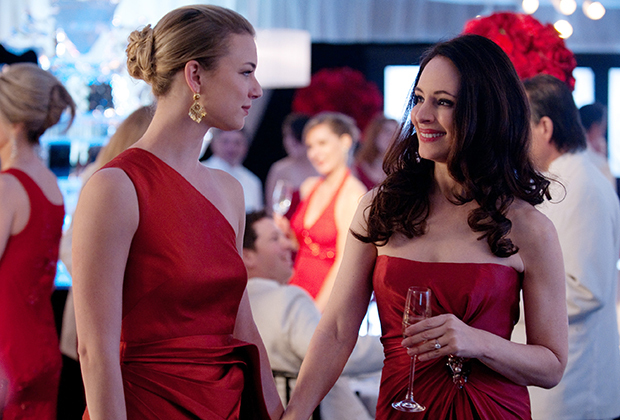 We can already smell the Hampton shores and passive-aggressive clapbacks. It’s being reported that a Revenge reboot is in the works at ABC, and we’ve got our red markers at the ready.

Deadline reports that original creator Mike E. Kelly and writer/producer Joe Fazzio are on the case. It’s great to see Kelly back, but will we have Victoria Grayson’s bitter overtones and petty insults? Well, considering she was shot in the series finale, probably not, no. Although the project is still in its early stages so no cast has been attached yet.

The Revenge reboot will follow “the story of a young Latinx immigrant. Guided by one of the original series’ favourite characters, she arrives in Malibu to exact revenge on a Sackler-esque pharmaceutical dynasty, whose insatiable greed lead to the murder of her biochemist mother, the destruction of her family, and a global epidemic.”

We wonder if Emily will be this new revenger’s mentor? Either way, we love a tale of savage karmic retribution… C’mon ABC!

The original series saw Emily VanCamp as Amanda/Emily avenging her father’s death and the corrupt actions which led to her own institutionalisation. Madeleine Stowe stole the show in a Jessica Lange-fashion as her evil, yet entertainingly witty, mother-in-law.