Guy Tries to get Rid of Gaga Tattoo, Gets Outed as Gay Adult Performer 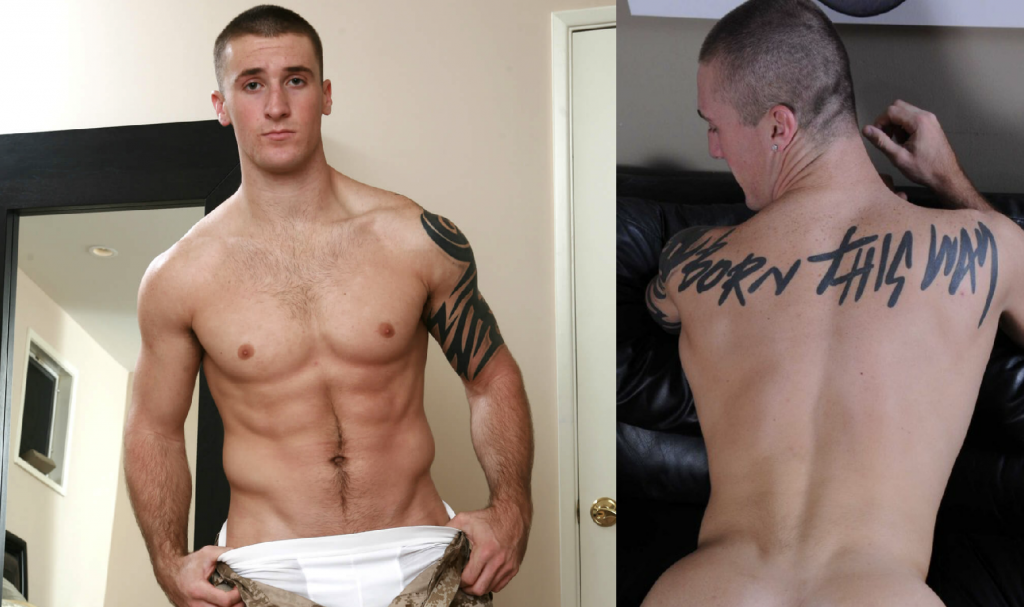 Twitter user @chriskell3y posted about the “stupid tattoo” he got at 19, which reads ‘Born This Way’; the title of Lady Gaga’s inclusive/LGBT+ anthem. While the original tweet was met with a number of replies, one stood out:

The tweet posting images side-by-side has been liked over 250,000 times, and that’s the internet for you.

Turns out the guy posting about his tattoo was Connor Kline, who has previously worked with Sean Cody and Men.com.

Kline was swiftly blocking anybody who mentioned his foray into adult entertainment… perhaps the tattoo wasn’t the stupid decision he was really trying to hide.

In fact, many people replied to say that he had far worse tattoos to get rid of before his Gaga one.