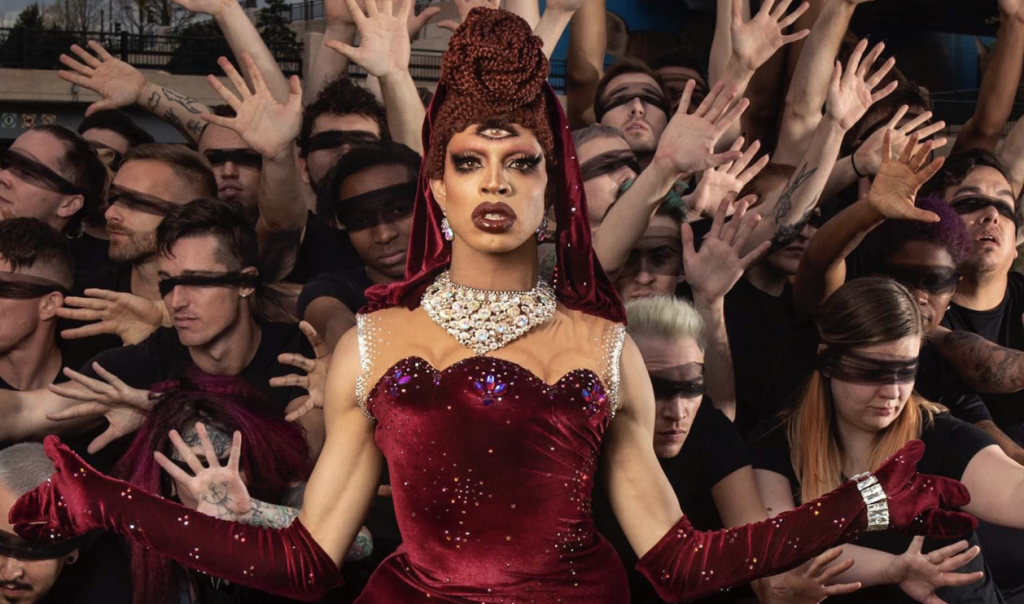 As Season 11 of Drag Race draws to a close we look at who deserves the crown, and why.

Yvie Oddly instantly grabbed our attention with that Jelly Fish runway; just like Brooke Lynn, she had our attention right off the bat. Although it was questionable as to whether Oddly’s “arts and crafts” style would evolve into the polished looks the judges wanted, Oddly proved them wrong in the Farm to Runway challenge.

Yvie’s selling point – as the judges have mentioned – is that you never know what she’s going to wear next, and we love the unexpected, (one critique you’ll never hear Yvie yet is that she wears the same silhouette). But what was really unexpected was her performance in Trump: The Rusical, where she played a haggard old Kellyanne Conway to comedic perfection.

Yvie can be a funny queen; just apparently not when she’s impersonating another funny queen. Snatch Game was rough for a lot of the girls this year, including Oddly whose impression of Whoopie Goldberg was a literal mess. But Oddly proved she was deserving of another chance when she went head-to-head with Brooke Lynn in an epic lip-sync battle to Sorry Not Sorry by Demi Lovato.

Her flexibility and creative characters have kept her a consistently engaging queen to watch, even if she couldn’t hold her tongue when it came to the other queen’s business. But Yvie edged herself in front of the remaining queens this week with her performance in Queens Everywhere. Her look was flawless, her rap was the best, and when she dropped into a crab and crawled backwards we thought the bitch was possessed by Samara. In the best-possible-way.

It truly was the ‘wow’ moment on the entire song, (although Akieria sold that shit too), and her ‘best drag’ runway was ultimately glamorous and weird; a perfect combination for her last walk on the main stage. Making her the queen to beat at next week’s final.