‘Don’t Cha Wish You Had a C**t Like Me?’ Woman Pops-Off at Gay Guy in Nail Salon 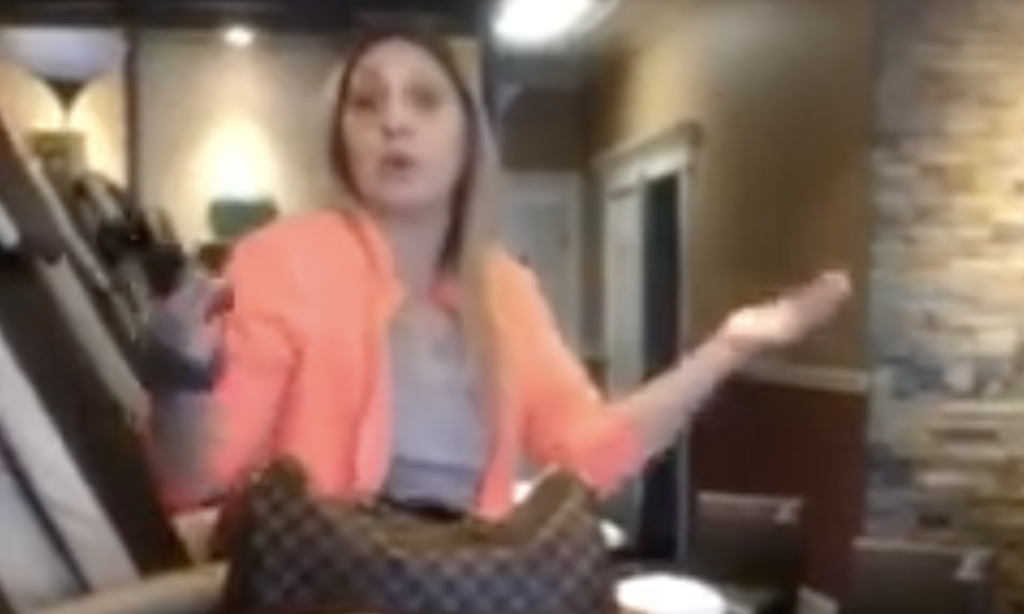 Christopher Brown only popped out for a french manicure and what he got a barrage of homophobic abuse. In a video which he posted to Facebook, he’s heard having an altercation with a woman who calls him a “faggot” and claims he’s jealous of her ‘cunt’.

Well if it’s as loose as her understanding of social etiquette, we think he’ll pass.

We can’t be sure what triggered the incident, but it seems Brown had perhaps asked the lady to keep it down, as she’s heard telling staff “He harassed me for no reason, telling me to get off of my phone…”

“Keep recording sissy, you probably wish you had a cunt like me.”

She then insists that the staff throw him out or she’ll leave instead. When they idly allow her to, she grabs her bag in a huff, and storms out of the salon, verbal abuse shooting out of her like the curry shits.

I’ve been holding back sharing this, but what kind of social justice warrior would I be staying quiet?This situation occurred at my favorite foot spa in Lynnwood, Washington.She then proceeds to engage in a speakerphone / FaceTime dialogue with her daughter. At this point, the staff are irritated as well as the patrons.Being the outspoken gent that I am, I say “mam, would you kindly mind taking your phone off speaker in the spa, pointing to the signs asking patrons to keep their noise down.She looks at her FaceTime call and goes “hold on, I need to take care of this faggot”.And at this moment I was able to record:Please take a minute to view and share this, and know that even in the Seattle region, life isn’t always sunshine and rainbows for the lgbt community. I hope her family and friends see this one day, and are embarrassed by her despicable behavior. There is still work to do folks. #resist