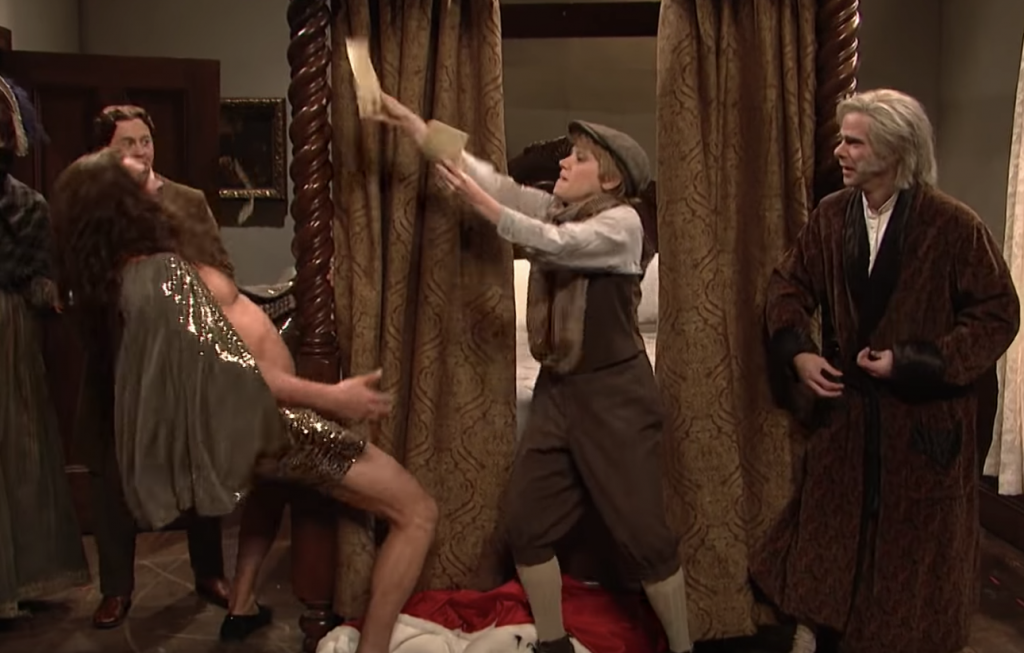 There are few things that pick up a wintery Monday afternoon, other than day drinking or killing yourself. But Jason Momoa playing a ghost of Christmas Past is surprisingly one of them.

The Game of Thrones actor featured in a series of skits for SNL this Saturday, including one which saw Momoa dressed as Santa… but not for long. The 6’4″ star soon whipped off his jacket to reveal a bare torso, to which he informs Scrooge: “it’s called a reveal, fathead.”

He later breaks into dance, using Scrooge’s bedpost as a stripper pole while Timmy makes it rain with gold dollars.

Jason Momoa Became so Hot, Even He Needed to Cool Off