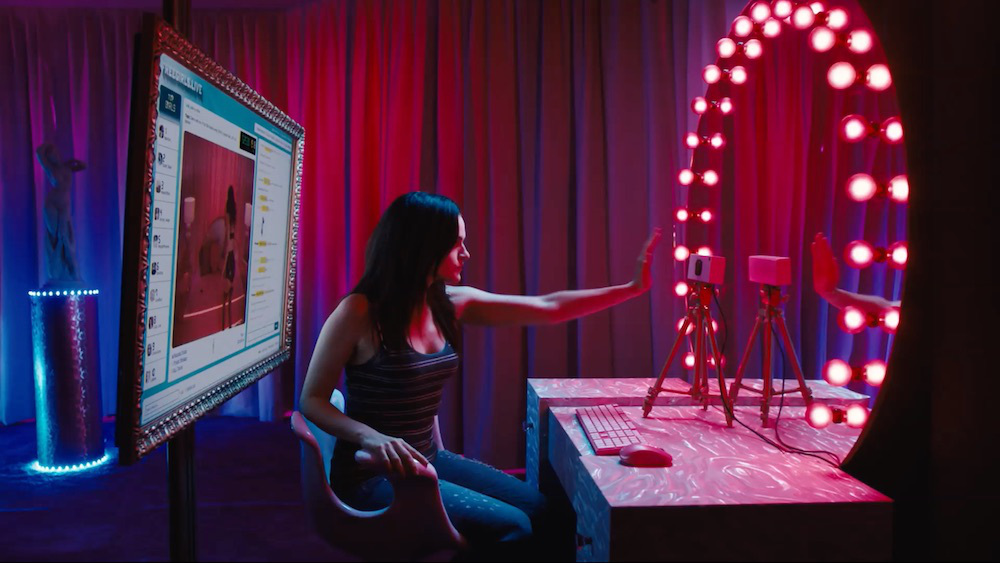 Last week Netflix unveiled a disturbing depiction of the world of digital exhibitionism. With a heavy influence from technology-horror Black Mirror, Cam follows Alice as she has her online identity as a webcam model stolen.

On a site where the girls are ranked in order of popularity via who earns the most virtual coins tipped by the men watching, Alice is desperate to break the top 50. Not long after she does, Alice is locked out of her account while a girl that looks exactly like her performs shows on her channel, and rakes in ‘her’ bucks.

While exploring the depths of desperation behind modern insta-popularity culture, Cam tip-toes the line of sinister thrills without ever crossing it into the utterly unwatchable. Tense and suspenseful, Cam ends on a note so twisted it would leave Charlie Brooker proud.

But more than that, Cam observes sex workers from a humanised stance, rather than solely from the male gaze.

“Sex workers are commonly used in film to tell a morality story,” says writer and former-cam girl Isa Mazzei, in a recent interview with INTO. “They are either someone to be saved, or they are this highly exoticized object that’s the butt of a joke or there to be murdered.

“They’re never really humanized,” she states. While throughout the film we frequently look at Alice with empathy, but also as a woman seemingly content in her decision to be a sex-worker, (and not as victim of circumstance or abuse).

Although it’s partly frightening to watch Alice push herself to levels of discomfort for a rank on a scoreboard, but the real horror that’s highlighted is just how much technology controls us: both online and emotionally.