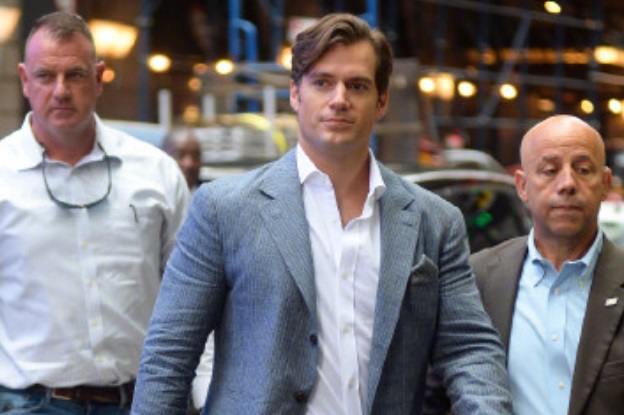 Henry Cavill – also known as Superman, himself – was busy last week promoting his new movie Mission: Impossible: Fallout (yes, that’s a film title which uses two colons). But if we were supposed to be listening to this slab of hunk talk about some 3 hour action flick, we’re sorry we’d couldn’t hear him over that bulge in his trousers.

Cavill, who was on his way to appear on Good Morning America, looked as if he was smuggling in super powers his drawers. Well, it definitely wouldn’t be the first time a PR has sent an actor’s bulge on the promo tour.

Maybe he took a leaf out of Michael Fassbender’s trouserleg?

MAN CANDY: Henry Cavill is just as Sexy in AND out of his Super-Tight Superhero Costume