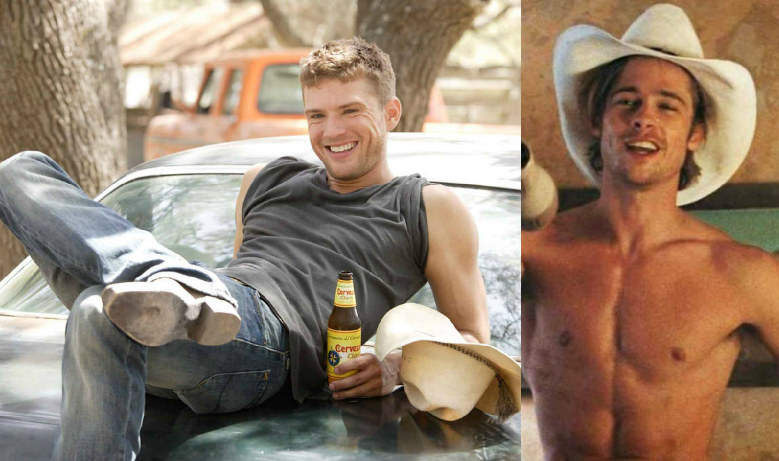 Brokeback Mountain is one of – if not the – most notable film in gay history, winning three Academy Awards for Jake Gyllenhaal and Heath Ledger’s performances as closeted cowboys.

Filmmaker Gus Van Sant who worked on the film for a while, before being replaced revealed that those two actors weren’t the first ones approached, and that a number of high-profile names turned down the roles.

In fact, it could’ve been Brad Pitt spitting on his hand to lube up Ryan Phillippe. Or Matt Damon topping Leonardo DiCaprio.

Like, don’t get us wrong, the couple cast were damn hot too, but you know in an alternate universe these variations happened. Perhaps it might not have hit a home-run in award season, but it’d have a permanent place in our wank bank, we’re pretty sure of that.

“Nobody wanted to do it,” said Van Sant.

“Yes, all those young gentlemen (at the time) turned down the project, for various reasons,” producer Diana Ossanna confirmed.