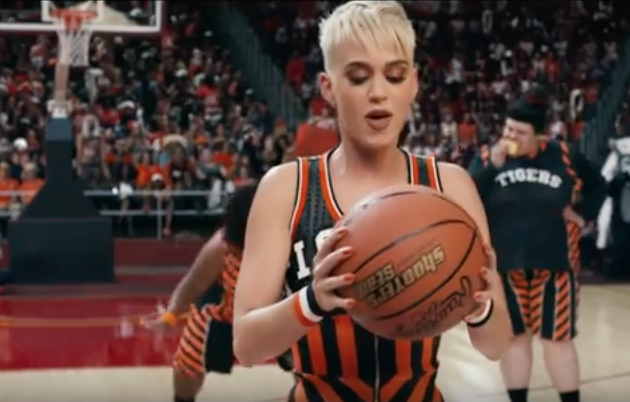 With a number of house remixes, and not to mention regular plays at most commercial clubs, Katy Perry’s Swish Swish video was highly-anticipated. And while fans are shocked at the outcome, it’s in more of a “oh, you cut your hair…” kinda way. I think it’s fair to say that everybody was expecting an in-your-face dance-off, with everybody really doing the absolute most.

Instead what we received was a revival of Space Jam where none of the participants can act. Despite bringing in as many famous faces as Perry could manage (Samuel. L. Jackson, and booze-hound Val from Will & Grace), the video – like Perry’s character barely gets off the ground. Nicki is the saviour – which anybody who’s listened to her on a feature track will know is nothing out the ordinary, but even her interlude doesn’t wow.

Katy plays for a misfit basketball squad, that eventually beat their superior competitors — if you can make it to the end that is… Zzzz…

No offence, but we REALLY can’t wait for Taylor Swift’s clapback.